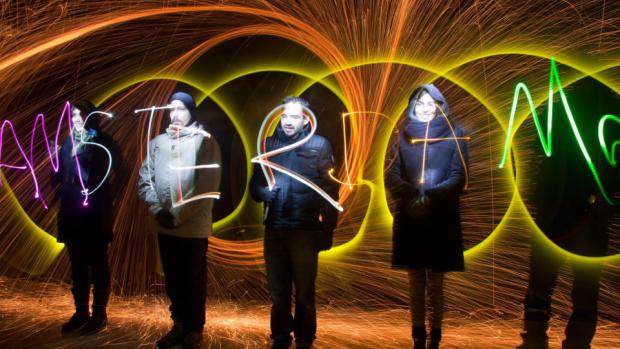 Street Art is Coming Out - The Highway to Arts Festival 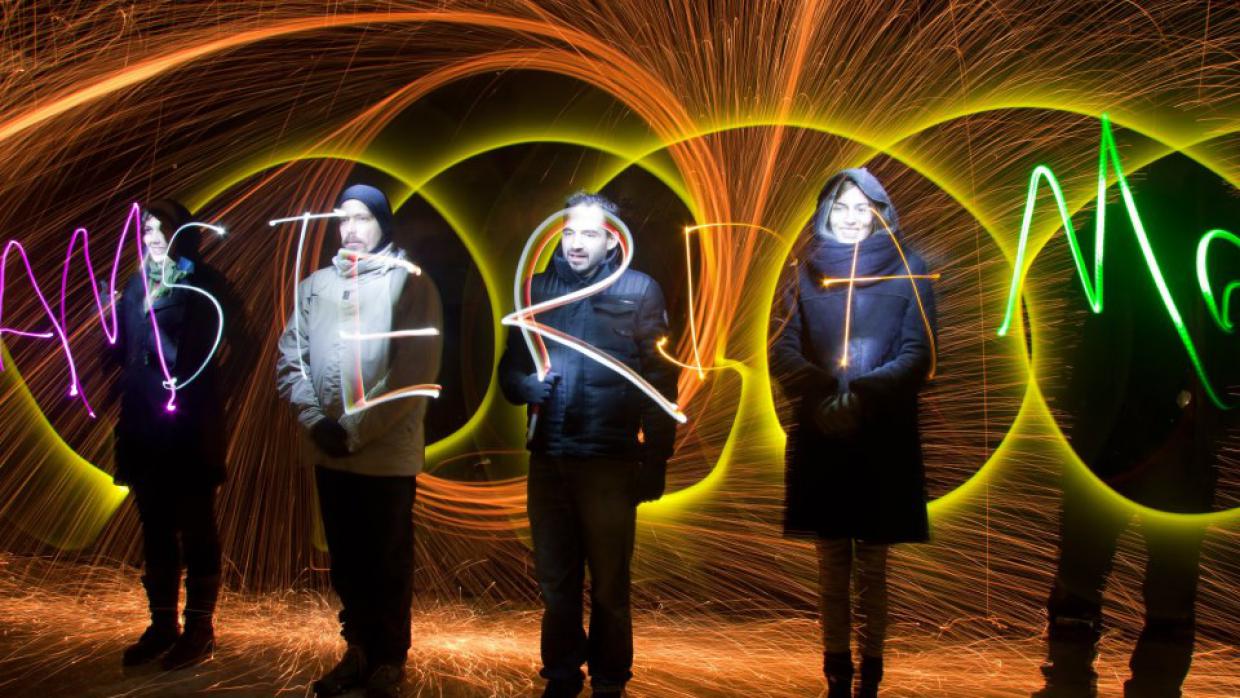 Foto:
Gregory Duris called me few days before our interview was supposed to take place. 'We have got our own studio,' he told me excited. Located at Zeeburgerdijk 476, and featuring both a gallery and an office space, the studio is a street artist’s dream. Duris, together with prominent Dutch-born artist Ives.One, aims to showcase and spread the beautiful face of street art.

Duris is an artist specializing in visual arts. Before moving to Amsterdam four years ago, he worked as a graphic designer in Paris. Duris is the founder and creator of the Highway to Arts Festival. This French-Dutch project, in cooperation with Stichting Amsterdam Street Art, began last week and ends this Friday. It gives some twenty artists their own space to perform: from digital screens to sides of the buildings,  or even air itself! In the light painting event, air is used as canvas, which is covered with the bright zigzags and letters creating a unique and phantasmagorical atmosphere.

Another remarkable workshop,  called ‘Photo-Safari’ provided a particularly exceptional experience. ‘Imagine the streets as if they were asphalt savannas. You get in the streets and start taking the photos and videos of the group, of yourself, of the industrial jungle around you,' Duris describes.

Digital Painting technique, which made the Highway to Arts especially famous here in Amsterdam is an emerging art form, where traditional painting techniques are applied using a graphic tablet or a computer software. ‘Monark, a French urban artist who works with us, is known for using of digital painting in his works. Right after we launched first edition of the Highway to Arts Festival, some other Amsterdam-based art collectives got inspired by us, and began using the same technique. We must admit that is very flattering,’ says  Duris.

Ives.One explains that one of the main goals is to defy the bad image that street artist have. 'Vandalism is not an art,' he explains. ‘We want to change the attitude, get the public more involved, and convince them that street art is not just some scrawl.’’

‘’We hope that our initiative could help determine the line between art and vandalism’’, adds Duris. During the interview, Ives.One and Duris unveil the difficult beginnings that every artist must struggle with. 'Sadly, its not always about your talent but the connections that you have. Knowing the right people is a must if you want to accomplish something. That's why moving to Amsterdam has become a must. A young artist will not achieve much if he lives in Groningen'', Ives.One said.

Although Duris emphasizes the importance of network, he is still convinced that it is easier to have a break-through in the Netherlands knowing less prominent individuals in the art scene, rather than in France.

‘’When I lived in Paris, it was always about the right connections. You will never get a chance if you do not know someone. It is true that Amsterdam is packed with artists but the attitude here is different. Dutch people are always looking for opportunities, for something new. Street art is not only something new. It is beautiful. It is art.’