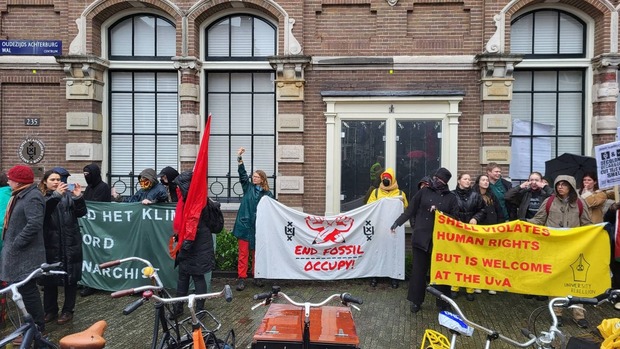 The Mobile Police Unit (MU) moved to the Oudezijds Voorburgwal at around 8:15 p.m. on Monday January 16, where climate activists had been occupying the premises of the former Amsterdam Academic Club since 1:00 p.m. 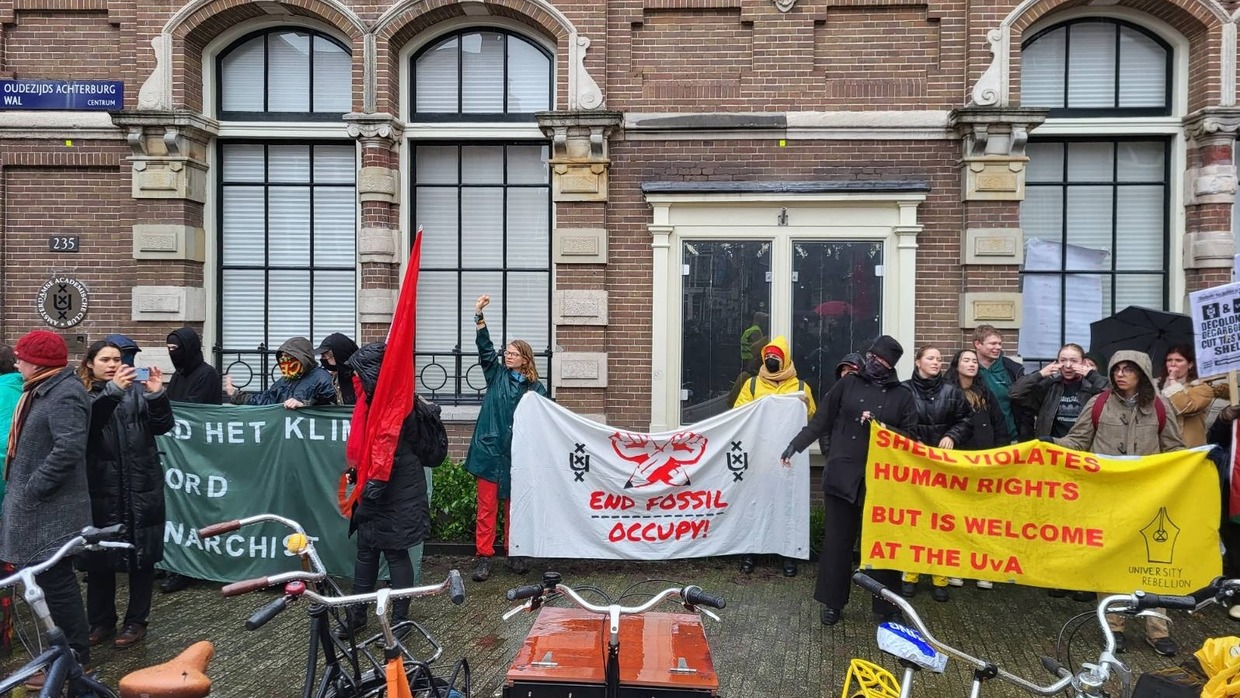 The building of the former Amsterdam Academic Club was occuopied on Monday January 16.
Foto: UvA Rebellion

Meanwhile, the MU entered the building, which is used by UvA’s Facility Services, to remove the occupiers. Several occupiers then moved to the roof of the building and unfurled a banner reading “Cops off campus”. The MU has since taken several occupiers away in vans.

The activists have been protesting all day against the research ties the UvA has with Shell and occupied the UvA building of the former Amsterdam Academic Club around 1:00 p.m. this afternoon to reinforce their demands. This afternoon, a UvA spokesperson informed Folia that a UvA-wide discussion will be held about this kind of external collaboration with companies. She also said that the Advisory Committee on Research with Third Parties will take “a fresh look” at the ongoing research projects being conducted with Shell, though not necessarily with the intention of stopping them. The activists belong to several action groups including University Rebellion UvA, End Fossil, and the squatters' organization Mokum Kraakt.

The UvA announced that the building has been evacuated. The police announced via Twitter that 30 people have been detained. In a statement, the Executive Board (CvB) says it “regrets” that the police deployment was necessary. The UvA board further announced that it wants to continue “with the constructive conversation” about the UvA's contribution to sustainability.

In response to the removal of the occupiers, a spokesperson for UvA Rebellion says they are “deeply disappointed” in the UvA administration and in the use of force used by the MU during the removal. “We are holding a noise demonstration today at noon in front of the entrance to the police station on Vlierbosdreef in Southeast, where our comrades are being held. We want to let them know that we support them.”