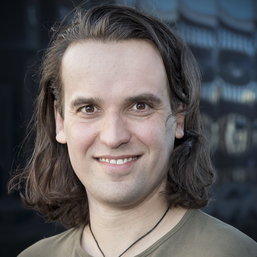 Diversity policy is on the rise at the UvA. Like an octopus, it is extending itself throughout the organization into all kinds of committees - at the central, faculty and program levels. There they are concerned, among other things, with creating awareness about “unconscious bias,” countering “microaggressions,” and “decolonizing” the curriculum. But no conversation is possible about the downside of these policies at the UvA.

The diversity policy in its current form is a Trojan horse, bringing radical “woke” thinking into the organization and normalizing it at lightning speed. While the UvA positions itself ever more explicitly as morally elevated in its communications because of its diversity policy, at the same time, academic freedom, especially in the social sciences, is reeling under pressure from increasing political correctness and dogmatic leftist ideology.

I am experiencing this myself, as an interdisciplinary social scientist working on topics such as gender and sexuality, a multicultural society, and corona policy. Although I, too, identify as leftist and progressive, there is less and less room for the work I do and the positions I take based on scientifically based argumentation.

For example, based on my expertise on androgyny, I am critical of the non-binary phenomenon and the associated obsession with personal pronouns. I see this phenomenon as empty hype in high modern society, with no scientific basis in biology, psychology, or anthropology. There is solid evidence for the existence of masculine women, feminine men, and transgender people, but emancipating a minority group entirely outside the “gender binary” is, in my view, a dangerous and pseudoscientific aberration.

But a debate on this can hardly be conducted without my being accused of discrimination. Students and colleagues claim that I violate “safe space” with my views and see it as “microaggression.” Of course, I have no problem with people disagreeing with me in the academic arena; on the contrary, that is part of healthy academic debate. But I am increasingly being gagged and made to feel that I am a “bad person” and have no right to speak, even though I take positions on which I have scientific expertise, research, and publish.

As a researcher of homophobic violence in Amsterdam, I have seen for years a worrying over-representation of Moroccan-Dutch boys in the perpetrator group. I am now working on a follow-up to my research to critically examine the role of Islam in homophobic violence. Even though I have always explicitly distanced myself from right-wing populist politicians who tried to use my research for their Islamophobic agenda, my research is quickly distrusted at the UvA. As a critic of homophobic trends within Islam, I have often been dismissed as a “homonationalist” - someone who would use homosexuality for a nationalist agenda. This has made it increasingly difficult to find institutional support (guidance and funding) within the UvA for the research I would like to do.

I experienced the corona period as a new low in terms of academic freedom at the UvA. Based on my expertise in Science & Technology Studies (STS), I was critical of vaccination technology and the QR pass, but a normal debate about this at the UvA proved barely possible. Anyone even remotely critical of the measures was dismissed as “wimpy,” “a conspiracy theorist,” or “far-right.” Solidarity should only be accorded to the vulnerable but there was no room for discussion about whether the measures really served their interests. My critical contributions to corona policy were so poorly received at the UvA that, among other things, I lost a position at the summer schools after more than 15 years of faithful service.

There is a firm norm on many topics at UvA - usually dictated by the politics of established leftist parties - that determines the framework for permissible thought and speech. Individuals who take divergent positions or use different arguments can quickly be accused of violating social safety or hurting minorities. Thus, UvA’s diversity and social safety policies are increasingly leading to a scientific and ideological monoculture, even though good, healthy scientific knowledge production can only exist by the grace of radical academic freedom and space for pluralistic debate.

I find it unjustifiable that at the UvA no thought is given to how diversity policy can be reconciled with academic freedom. I have seen the atmosphere change in social sciences in recent years. Not much is left of the motley group of scholars with an open attitude to the most diverse voices. The debate is narrowing, and its boundaries are increasingly defined by dogmatic political ideology that is surely hard to describe in any other way except as “woke.” I therefore reported to the Executive Board before Christmas through the Whistleblower Policy, calling on them to investigate these worrisome developments and come up with an action plan to save academic freedom.

Of course, the UvA should be proud of its efforts to put diversity and inclusion on the agenda; however, our university has also firmly institutionalized all kinds of traditional norms of whiteness, masculinity, and heteronormativity. We must look at that and resolve it. But a diversity policy that focuses only on the hobbyhorses of the left-progressive political agenda is not tenable, because it will, paradoxically, exclude scientists with other convictions.

Room for diversity therefore also means room for different viewpoints, opinions, and political convictions. This requires not just “safe space” but also “brave space” where we, in principle, can always bravely enter into conversation with dissenters based on arguments, even if their views shock and hurt us. This is a lesson the UvA must learn quickly now before there is nothing left of our unique social science tradition that is characterized precisely by opposing thinkers and dissidents.

Laurens Buijs is a lecturer at Interdisciplinary Social Science (ISW) and has been running a business in the field of diversity and inclusion since 2016.