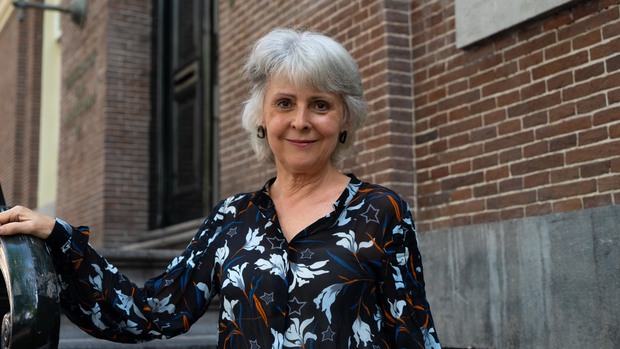 At the end of this week, Rector Magnificus Karen Maex is leaving Amsterdam to return to her hometown of Leuven. A farewell interview with a Flemish engineer about the Dutch and Flemish culture, and the UvA. 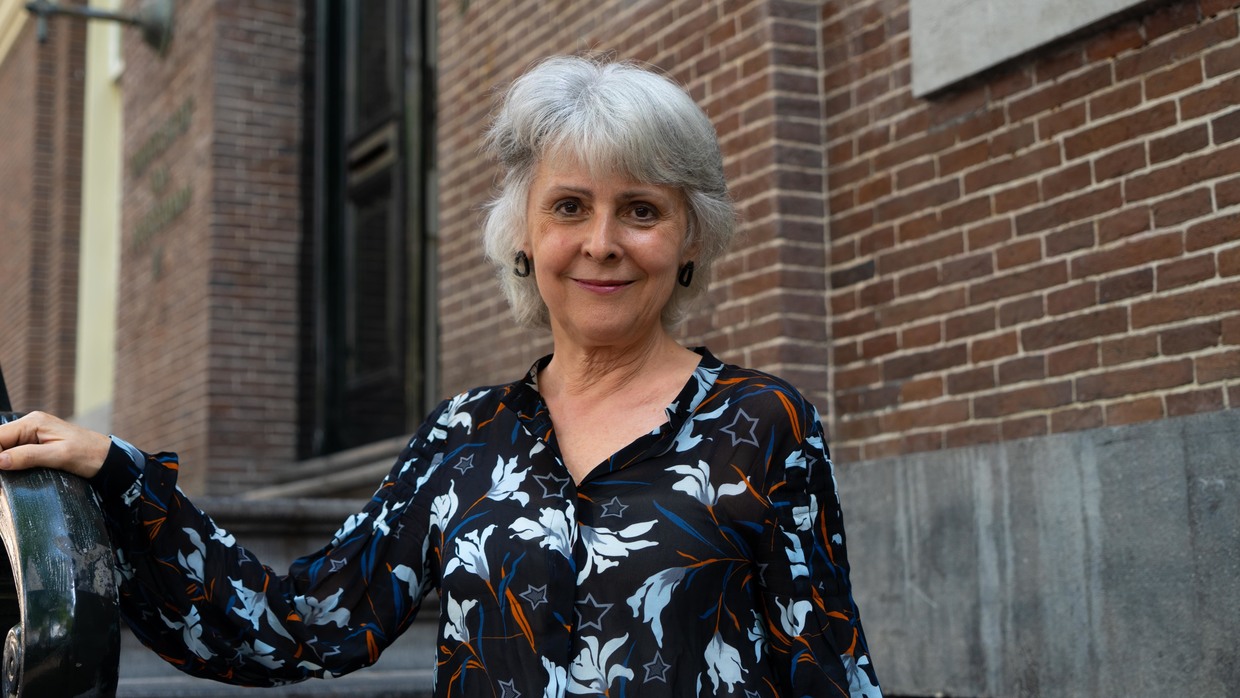 After almost ten UvA years, rector magnificus Karen Maex is going back home, back to Flanders. ‘It was a very nice time in Amsterdam, but also a hard time. I am now going back to Leuven. No, not to the University of Leuven, but back to my family in Leuven. I have children, I now have grandchildren, I want to see them grow up. Besides, I'm slowly getting to the age where I want to stop.’ Karen Maex (Leuven, 1959) relaxedly explains her decision to leave the UvA.

For the past six years she has alternated between the Maagdenhuis and the sixth floor of the D-building of the Roeterseilandcampus. Before that, she also traveled back and forth: for more than three years, she was dean of both science faculties of UvA and VU. The result of a proposed, but failed, merger of the two faculties into the Amsterdam Faculty of Science (AFS) was that for years the dean had to commute back and forth between Science Park (UvA) and the Zuidas (VU). Add to this the fact that she often spent the weekends visiting her family in Leuven, and the image of a traveling executive emerges.

Karen, didn’t traveling between faculties, administrative centers, and Amsterdam-Leuven make your positions as dean and rector magnificus very demanding? Didn’t all that travelling take up far too much of your time?

‘It was not all bad, the travel time can also be spent usefully. It is very well possible to work in the train, and because I was alone in Amsterdam, I could work long days. But, the distance to my family did start to pinch after all those years.’

I very well remember our first contact in December 2013: the joint UvA-VU science faculty (AFS) had just been voted down by the UvA's representative advisory bodies and you had already been hired as the dean of AFS. What did you think at the time?

‘I thought: I’ll see how far I get. I had the assignment to be dean of both science faculties of UvA and VU. That assignment in itself had not been cancelled, so I first wanted to see and feel what exactly was going on at those faculties. I wanted to learn whether there was support at the faculties themselves. As a board member, you should never push something through if there is no support for it. It turned out that in some respects there was added value for such a merger, but in others, there wasn’t. It quickly became clear to me that the organizational structures of UvA and VU are very different, so a joint faculty was really impossible. Don’t forget: most big cities in Europe have two universities, that don’t just fit together, but that do work together. So we started doing the latter.’ 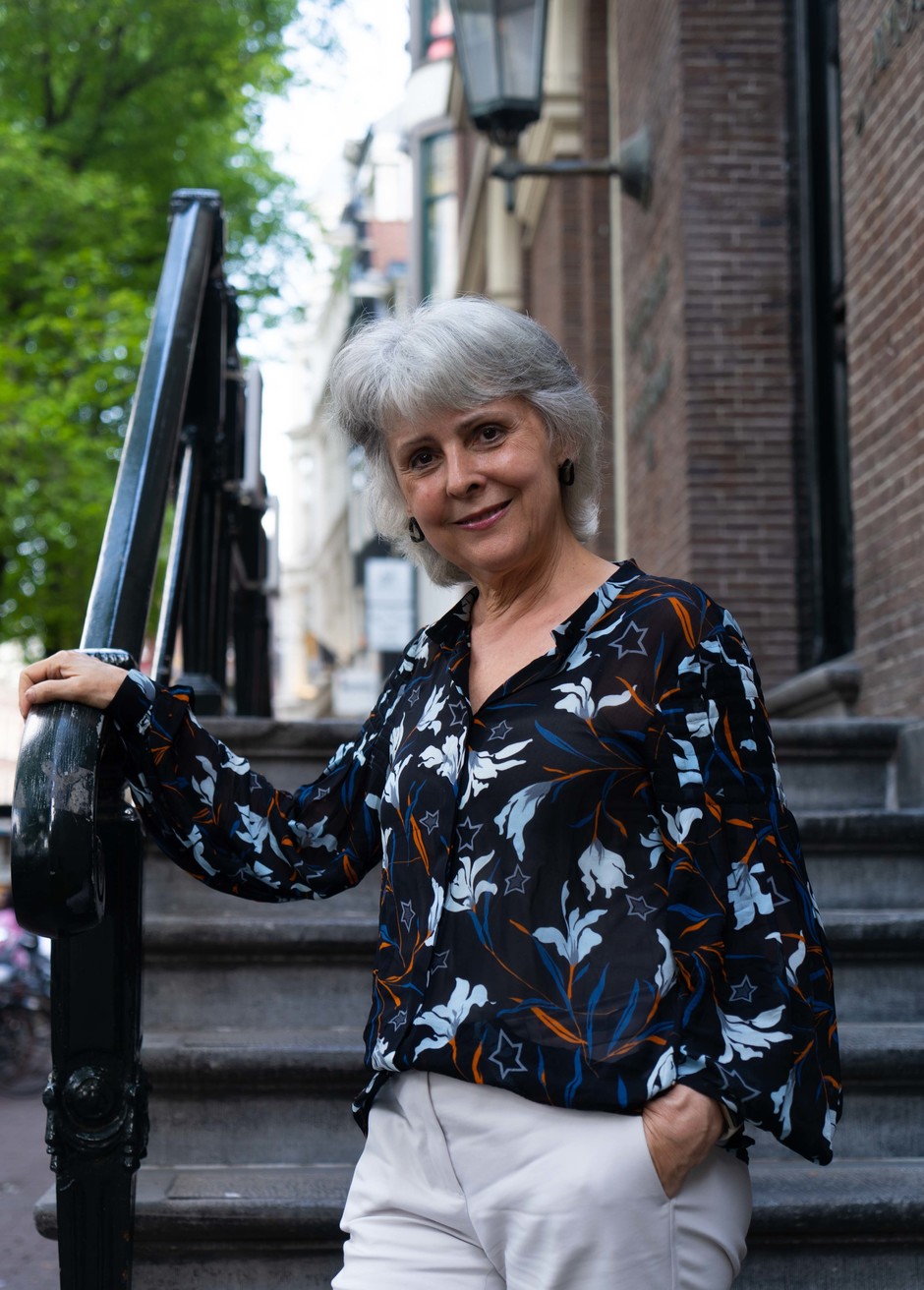 You are known as ‘a hard worker and someone who works quietly toward the intended result.’ When it comes to the faculty merger, that result never came. Are there any regrets there?

‘At the time I looked at what was possible and came to the conclusion that it was neither possible nor necessary. You also have to remain rational in this kind of position. Where it makes sense and contributes substantively to education and research, you have to work together. It would have been much worse if we had continued to push towards a merger.’

What didn’t work out at KU Leuven in May 2013 - being elected rector - succeeded after becoming a beta dean at the UvA. Why were you so keen to become a rector?

‘It was not my plan. I was happy with my job as dean of the FNWI and had no other ambitions at the time. It was in the turbulent time after the Maagdenhuis occupation of 2015. The UvA was simultaneously looking for a college president and a rector magnificus. In that process, I was asked by members of the application committee to stand as a candidate. The UvA is a beautiful and broad university, so I was very happy to do so.’

You took office as rector magnificus in June 2016, at an extremely turbulent time. As a somewhat of an (Flemish) outsider, how did you look at that - also administratively - difficult period?

‘The beauty of that period was the commitment and involvement of many students and staff. Taking them seriously, talking to them and trying to understand their points of view is what I experienced as very inspiring. A university only exists if students and staff also feel involved. You really have to nurture that involvement.’

Your colleague from Leuven Conny Aerts described you in 2013 as ‘an engineer at heart, to the point and direct’. Did those qualities help you at the UvA?

‘In the Flemish perception, I am fairly direct and I think that is true. I am originally an engineer and generally speaking they don’t just want to rely on knowledge and facts, but also want to find solutions. That is something that suits the UvA and the Dutch culture. If one solution doesn’t work, look for another.

It was the first time that the UvA had had an engineer as its rector magnificus. In the beginning, looking at other UvA administrators, you could say you were the odd one out. Did you see it that way yourself?

‘No, not at all. I chose to study at the Faculty of Engineering in Leuven because it suited me and because I have a mathematical, scientific way of thinking as a basis for looking for solutions, also as a director. That’s the way I am. For that reason I never felt rejected at the UvA.’

You are known as a good consultation partner. ‘But consulting with her does not become a chit-chat. Anyone who gets too long-winded will find that she changes the subject,’ a Flemish colleague of yours once said. How did you find it to work in the Dutch polder culture? Did you get used to the Dutch chit-chat style in the long run?

‘The conversational style is slightly different in Flanders than perhaps assumed in the Netherlands. In Flanders, chit-chatting means a consultation or conversation without purpose or basis. In my experience, such a thing is not common in the Netherlands. In the Netherlands, a consultation is only completed when the implementation of ideas has also been explored or completed. In Flanders, people tend to think: we’ll just start with a plan and see where and if the ship runs aground. Both views have an advantage: in the Dutch approach you are never faced with surprises because everything has been thought out, but in the Flemish approach you can sometimes operate more flexibly.’

Under your rectorate, Natural Science education and research has expanded considerably: artificial intelligence (AI) has become very important. How important is AI for the future of science?

‘AI will be, and already is, a huge gamechanger in scientific research. This is really not a credit to me, but to everyone who has been working on this for years. We as UvA should not have started investing in this five years later, because then other universities would have been at the forefront and UvA at the back. Now, fortunately, we are at the forefront of the development of AI education and research. Together with the municipality, the VU and the HvA, we want to remain at the forefront of knowledge about and development of AI technologies. With the AI Technology for People program, we want to jointly invest one billion euros over a period of ten years in groundbreaking research programs, in education and medical technology, while ensuring that the social consequences of artificial intelligence remain manageable.’

The internationalization of the UvA has taken off in recent years. You are a great advocate of the international classroom, but how will things continue with the overcrowded university?

‘That is mainly a problem because there is no good legislation to stop the ever-increasing number of students. Internationalization of the student and staff population is very good, but we must be able to control the growth of the number of international students. Flanders, for example, has the advantage in this respect because in Belgium language laws exist (from the past), as a result of which Dutch is also guaranteed at the universities. It cannot be that in the long run there is no more room for Dutch students. Forty thousand students is still doable, but 55,000 or even more is really not possible.’

‘If you have an opportunity to take your path into a different direction, take it’

Meanwhile, the UvA also wants to attract more female professors, but we’re not there yet. What still needs to be done?

‘We are trying to work on this and we have also made progress, but mainly at the level of PhD students and university (head) teachers. At the professor level it remains difficult, especially when you want to bring in female professors from abroad. Then it sometimes turns out that their spouse would have to leave a good job behind, which they don’t always want to, and so they also need to find a good (scientific) job. If there are children, couples also often look at the family position, childcare, etc. There too, we can help with the ‘signposting’ for the private situation, but it is difficult.’

What has been your most important achievement at the UvA?

‘I would say the cooperation between the Executive Board and the deans of the faculties, but that is not only my achievement. That cooperation has really improved a lot after Geert and I took office, and then Jan. We have more in-depth conversations about how things should go, what they're up against and how we can help with problems they encounter.’

‘I think that is a great pity, because students play a very important role in our policy decisions. We have invested a lot in a campaign this year to increase turnout, but it has not led to an increase. Corona has certainly not made things easier. In fact, we are seeing something similar at other universities. We're going to do an investigation soon into the reasons behind that low attendance rate.’

How do you look back on your years at the UvA, in Amsterdam and in the Netherlands?

‘They were fantastic years, with difficult moments at times, but with very good and fine colleagues. I really enjoyed being here and I also see it as a personal victory to take a different path than I had thought. I got the chance to become rector and I took it. I am happy with that. To students I would say, ‘If you have an opportunity to take your path into a different direction, take it’.’