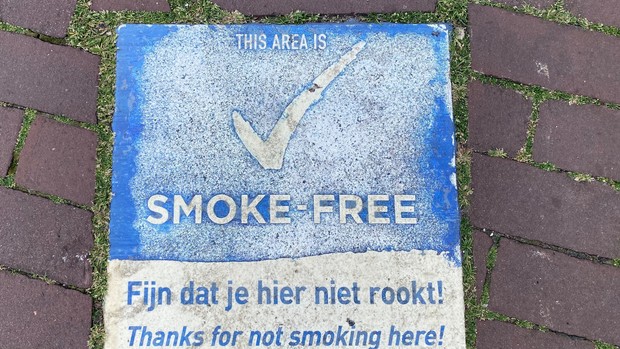 UvA is fined for not properly enforcing smoking ban

Nearly two years after the smoking ban took effect in all UvA classrooms - including outdoor spaces – it appears that not everyone is adhering to it. The result: a fine. 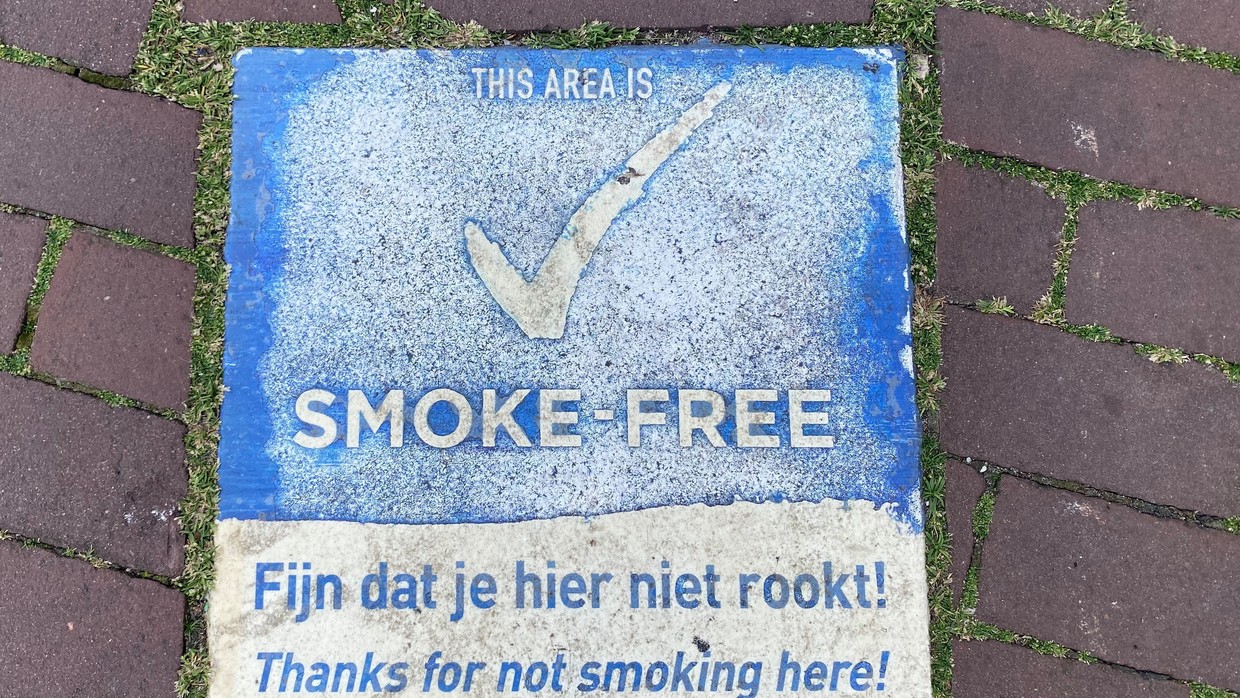 The UvA is a smoke free university, as you can see here on a paving stone on the Roeterseilandcampus.
Foto: Folia

The UvA was fined €600 by the Netherlands Food and Consumer Product Safety Authority (NVWA) for failing to keep all teaching and non-teaching areas smoke-free in accordance with the law. The smoking ban went into effect on August 1, 2020, but that was in the middle of the covid period. During those months, few people were present on the campuses or the adjacent grounds belonging to the UvA. Now that everyone has returned, it appears that here and there people are still lighting up, which is against the law.

The NVWA checks whether the UvA grounds are smoke-free and whether the ban is being properly observed. Not so, or at least not sufficiently. This results in a fine, in official jargon an ‘administrative fine’. The first time the amount of the fine was not too bad: €600. But this can increase to a maximum of €4,500 ‘in the event of multiple violations’. Officials of the NVWA can carry out random checks but can also perform inspections based on reports from a third party. A spokesperson of the NVWA does not want to say how exactly the checks are done and where they are done. ‘We are not allowed to disclose that.’ Security guards, students, employees or strangers can also report if they see someone smoking on the UvA grounds. ‘In the first instance via the UvA, but it can also be done via our website,’ says the NVWA spokesperson.

The smoking ban is announced at the UvA by means of a sign, banner or poster with the smoke-free image and the message: ‘This area is smoke-free’. Security guards patrol the area telling students, employees and visitors where the smoking ban area begins and ends and call them to account if they ignore it and light up anyway. Smoking cigarettes (or cigars) is not allowed at all. Those who have secretly smoked are asked to dispose of their cigarette or cigar. Not on the street, but in a trash can.

Those who think: ha, I will take a joint because there is no tobacco in it, will be disappointed. Apart from cigarettes and cigars, the smoking ban also applies to (water)pipes, joints, chewing tobacco, snuff and e-cigarettes. Anyone who violates the ban runs the risk of having his or her contact information recorded by a security guard and communicated to the UvA and/or the NVWA. By the way, the smoking ban is in effect 24/7.