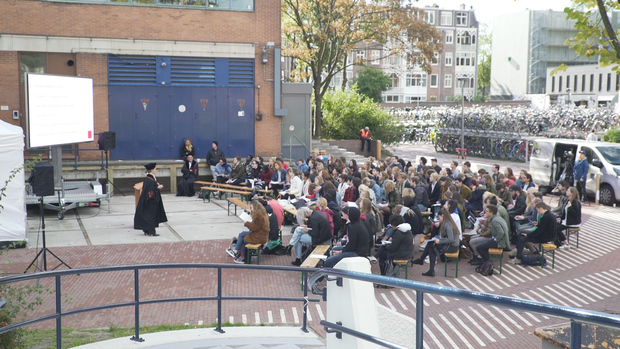 Action groups WOinActie, Casual Academy and 0.7 have set an ultimatum to university boards. They want fewer temporary lecturers, an end to structural overload and a safe working environment. If this does not happen before December 20, an action day will follow in which employees will lay down their work. 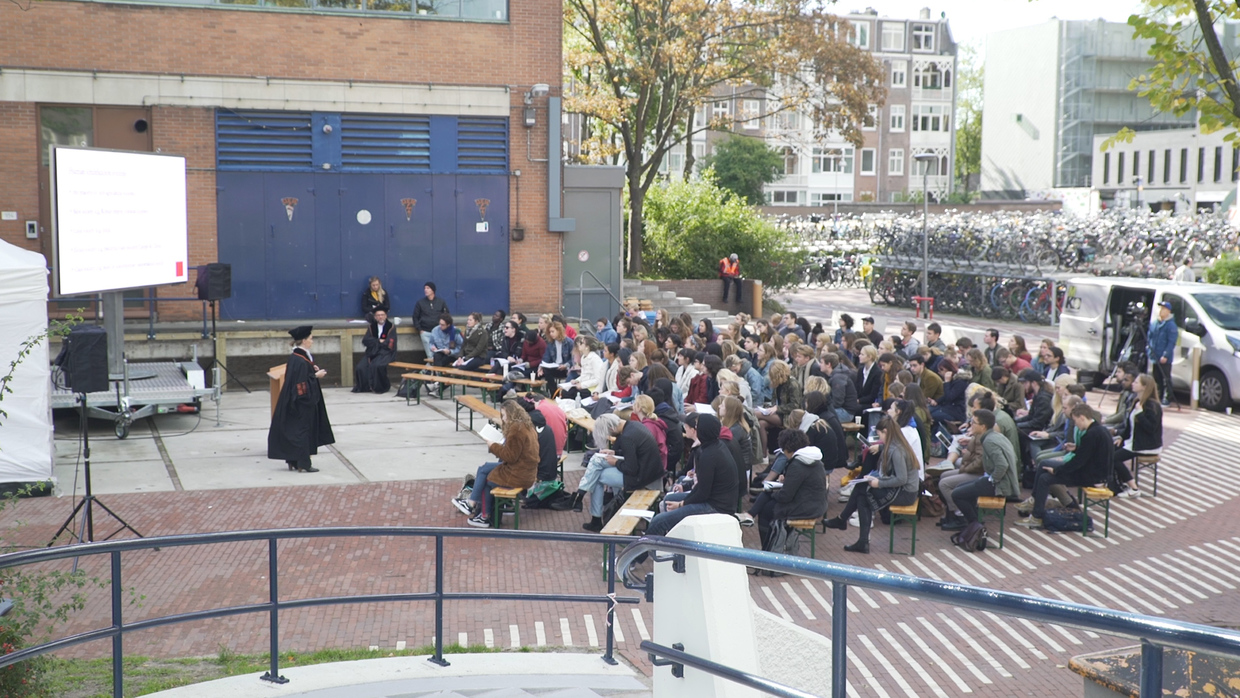 These are three demands that should be a clear statement to university boards, says WOinActie frontman and UvA professor Rens Bod (Digital Humanities). ‘There has to be a limit when it comes to the number of temporary lecturers. Of course we also understand that you can not completely work without them,’ says Bod. ‘But you do not fully have to depend on them when it comes to structural tasks such as teaching.’

Should universities fail to meet the demands by December 20, a National Day of Action will follow on February 14

The three action groups argue that the ‘flexible staff’ should be 20 percent of the academic staff. Some universities are already close to that, says Bod. ‘At the UvA, for example, there about 28 percent flexible staff.’ Other universities, however, really need to do more work when it comes to this. In Utrecht and at the Erasmus University Rotterdam, there is amost twice as much flexible staff.

The action groups also demand an end to ‘the structural work overload’. The want a third of the tasks of academic staff to be eliminated. Such tasks are for example membershipss in program committees or making obligatory test files after each exam, says Bod.

According to Bod, this problem particularly appears in small programs. ‘I am certainly not saying that being a member of a program committee is useless. But if you have a department of five people, there is too much workload for everyone. You have to take on a lot.’ WOinAction, Casual Academy and 0.7 also demand a safe working environment ‘by dealing with undesirable behavior immediately and thoroughly with a transparent procedure’.

Should universities fail to meet the demands by December 20, a National Day of Action will follow on February 14. ‘As far as we are concerned, the theme on that Valentine's Day will be: the love is not mutual. We hope that all employees will participate in walk-outs, sit-ins, demonstrations and public meetings, and thus lay down the work.’

At the same time WOinAction is lobbying in The Hague for more money for universities. Bod is not afraid that this will harm this lobby, in which they work together with the university boards. ‘We informed the boards about this in advance,’ he says. ‘We feel it is necessary to make this point. University boards can do more.’