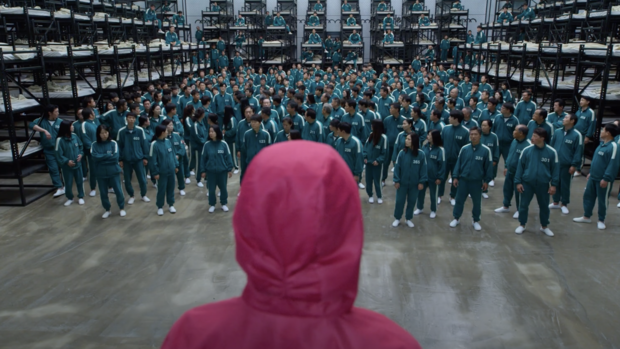 In Binge watching, we ask UvA employees or students to watch a movie or series related to their field of study. South Korean UvA students Jungwoo Han (21, Media and Information) and Dohee Moon (23, Communication Science) watched the series Squid Game with us. ‘In Seoul, there are a lot of people who live like the poor candidates.’ 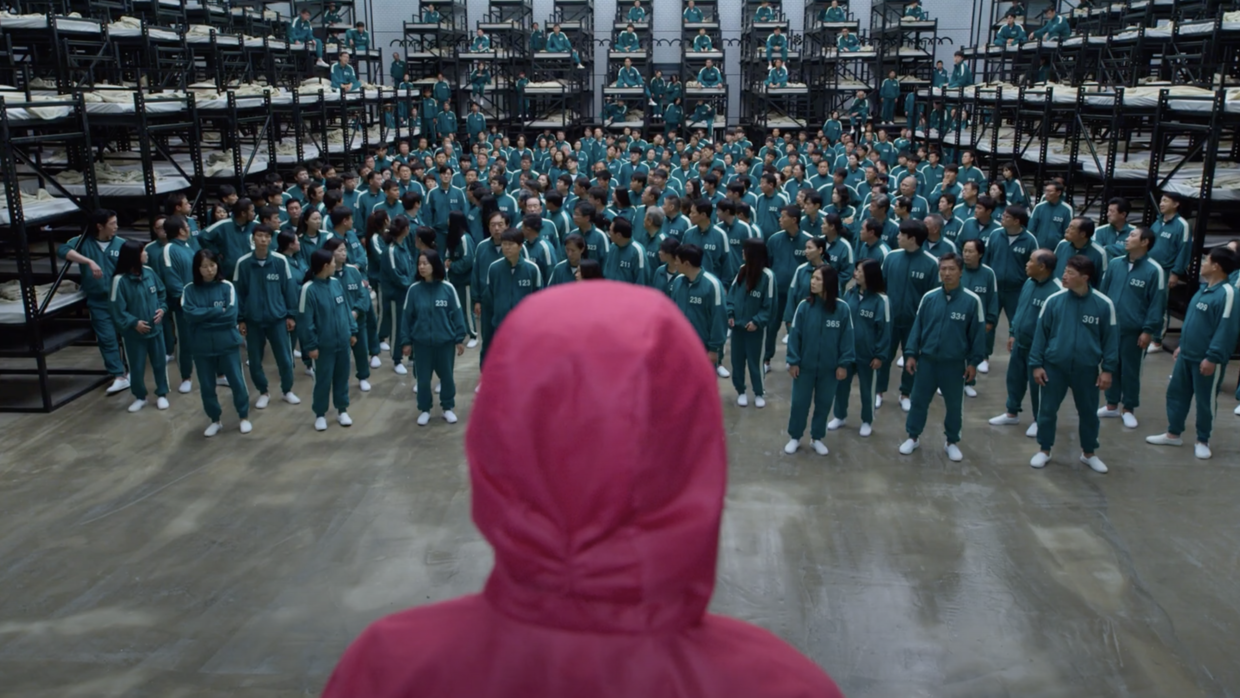 How would you rate the series?

Dohee: ‘With an 8.5. I found it surprising to see traditional children’s games from South Korea on an international platform like Netflix. I also really liked the use of color: the complementary shades of blue and pink keep coming back, which is very well done.’

Jungwoo: ‘For me, it is a 9. The director has put the element of children’s games in a totally different context, so suddenly candidates can make money from it - that’s interesting. I liked the series extra because of all the easter eggs, for example that the games are visible on the walls of the dormitory in all episodes.’

In the South Korean series Squid Game, 456 people accept an invitation from a mysterious organization to participate in a series of children’s games. The total prize money is 45.6 billion won (over 30 million euros). Those who lose are out of the game. What participants don’t know beforehand is that “elimination” in the game actually means that they are killed. Squid Game is the ‘most successful new Netflix series ever’, according to Netflix.

Were all the games in the series familiar to you?

Dohee: ‘I did not know about the squid game and the game with the glass bridge. But tug-of-war, red light green light and sugar honeycomb are very well known in Korea. After school I used to get dalgona sugar cookies from an older woman, and if you could carve the shape out of the cookie, you got one for free – that is the game that is called “sugar honeycomb”. I also used to play the game that is portrayed in the subway in the beginning, with the folded pieces of paper that you have to throw on the ground as hard as possible. I played this in the schoolyard a lot.’

Jungwoo: ‘I did know about the squid game but I haven't played it much myself. The glass bridge game was not familiar to me.’

The series paints a depressing picture of the lower class in South Korea. Is that picture realistic?

Dohee: ‘Definitely. In the first episode you see the poor candidates living their lives, and such lives are quite common in Seoul. Many people live below the social minimum. Their apartments look exactly like the house of main character Seong Gi-hun. Also, that he as a divorced father with an infant daughter still lives with his mother is realistic in Korea, especially for thirty-somethings. There is a lot of unemployment and there are many homeless people. So the living situation of these characters is well worked out.’

Jungwoo: ‘Also migrants have a difficult time in Korea, which is well portrayed by the role of Pakistani immigrant Abdul Ali. His boss treats him very badly, in the end they get into a fight and the boss’ hand gets crushed in a machine. Immigrants in Korea often work very hard and get little pay. There is a lot of discrimination.’ 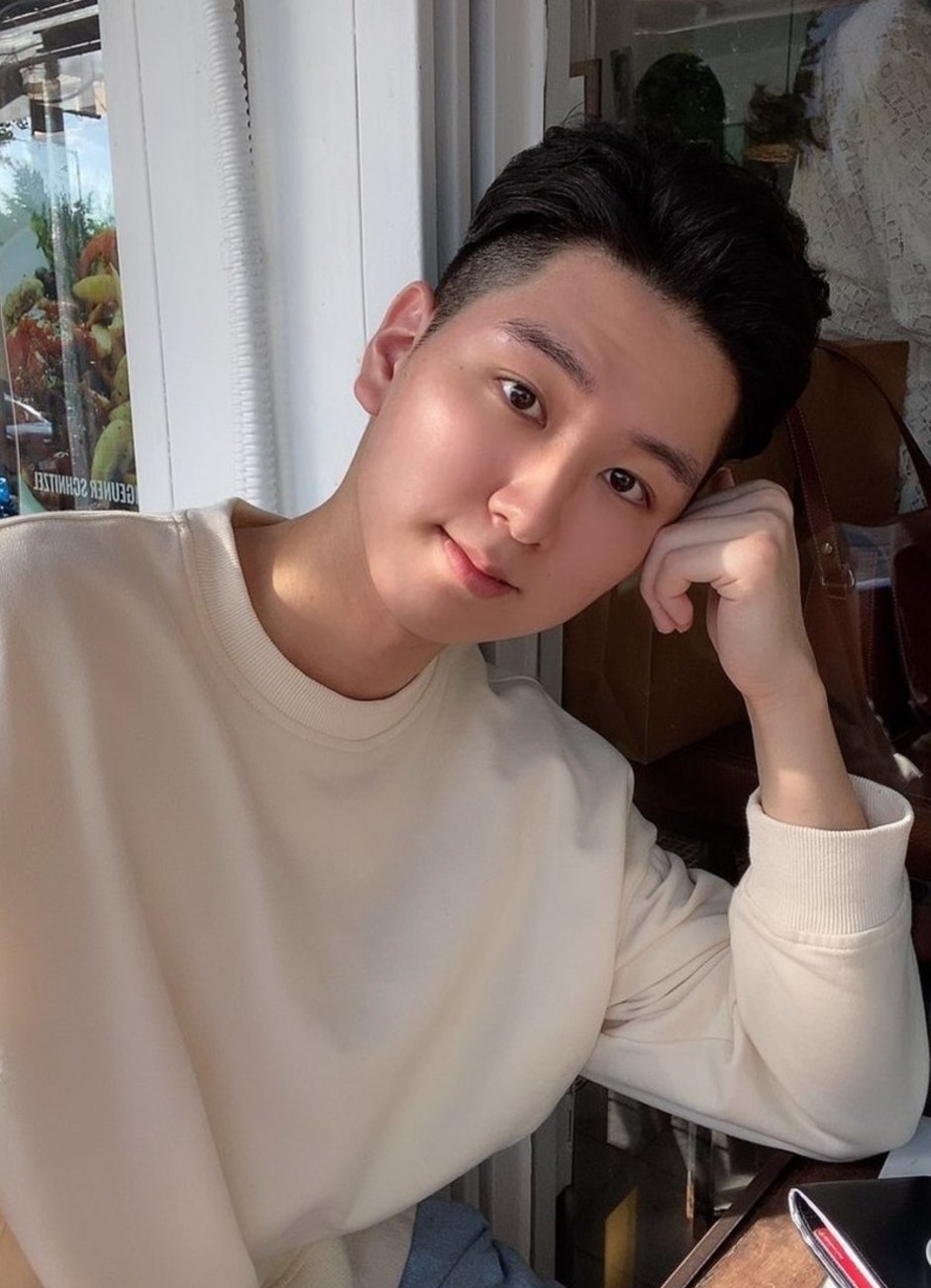 Were there any parts that you did not like?

Dohee: ‘The ending, when you find out about who invented the game. I still don’t quite understand the motivation of this person, maybe it is something that will come up in season two. I also think that instead of the glass bridge games, the creators should haven chosen a traditional game. And I would have found it interesting if the rich white Americans watching the game had not been Westerners, but Korean gangsters. It was a bit of a cliché now. Probably the creators chose white faces because of the international nature of Netflix.’

Jungwoo: ‘I thought the sex scene in the toilets with Jang Deok-su and Han Mi-nyeo was very unexpected, you wouldn’t see something like that on Korean TV. I also didn’t like the very last scene. I had hoped that Gi-hun would go and visit his daughter in the United States. I also think that the age limit should be changed from 16+ to 18+, there is a lot of swearing and many people are killed in a bloody way in this series.’

‘I would have found it interesting if the rich white men had not been Westerners, but Korean gangsters’

Did you expect the series to become this popular?

Dohee: ‘I watched the series immediately when it came out on September 17, when I was still in South Korea, and no, I never thought it would become one of the most watched Netflix series. It’s also very popular in Korea, and Koreans can be very patriotic, so when a series is watched worldwide, we’re very proud of it. I also think it’s good that people are introduced to this theme: when people think of South Korea, they often think of K-pop, but this series finally shows a different reality.’ 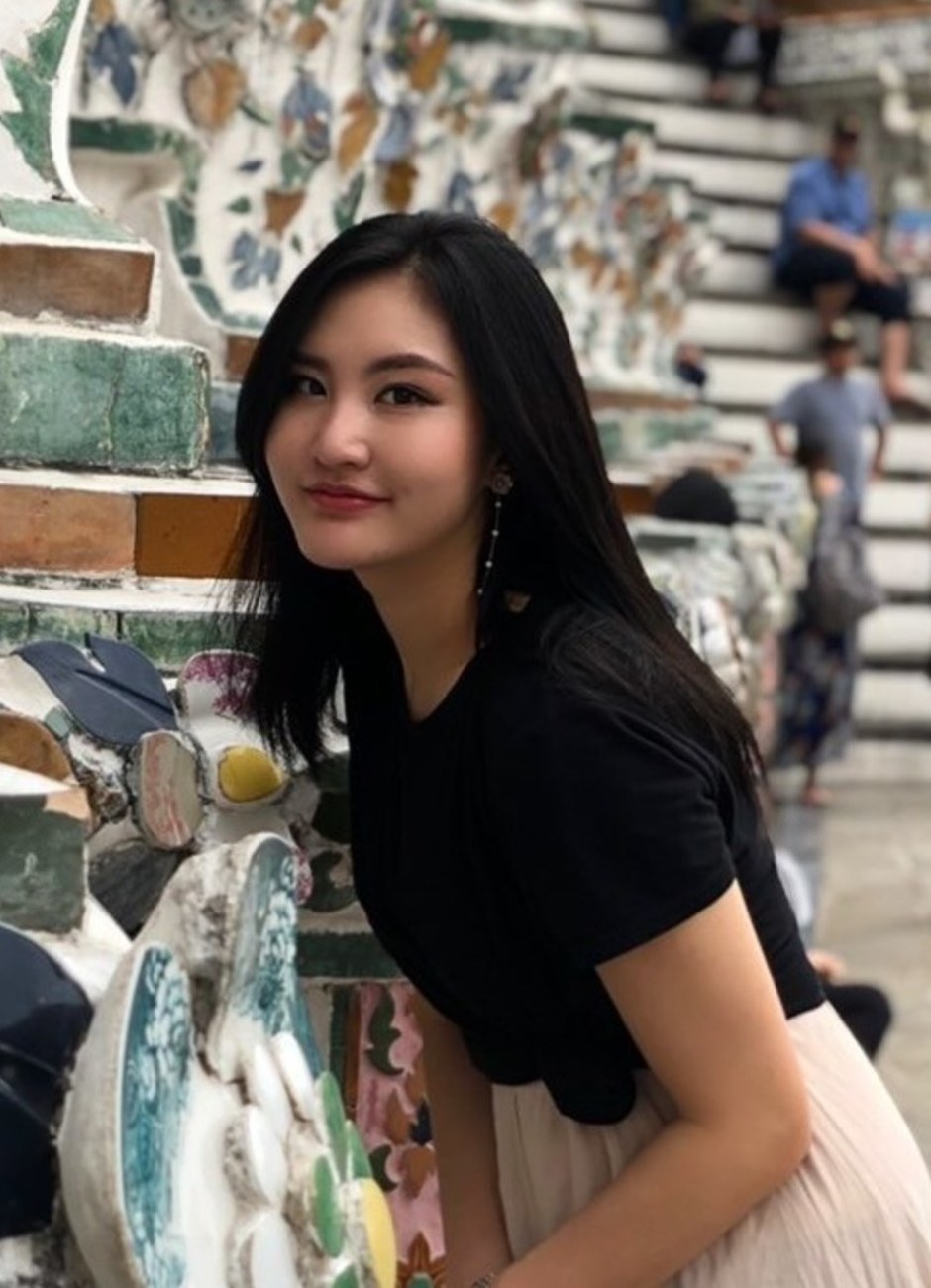 Jungwoo: ‘This success is unusual for series from such a small country. I like that people from other countries can now learn about children’s games from Korean culture. It’s also funny that more people are getting to know actor Lee Jung-jae, who plays Gi-hun, because in Korea he is already super famous.’

Do you have any tips for people who finished binging Squid Game and want to watch something else?

Dohee: ‘The Korean working class is also portrayed well in the film Parasite, so I would definitely watch that one.’

Jungwoo: ‘The drama series Sweet Home and the horror series Kingdom are both on Netflix, and both South Korean. Characteristically, the actors in Korean series are usually very handsome, and you can see that in these series as well.’