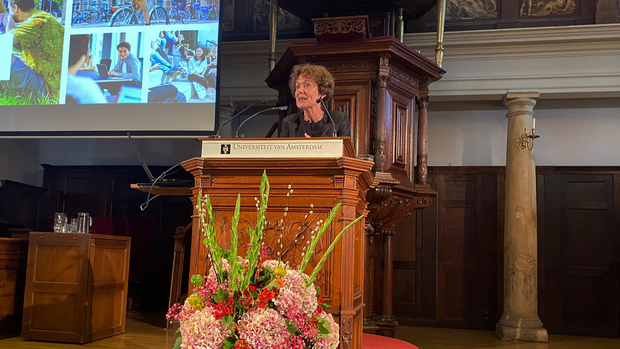 ‘We cannot accept that certain issues or perspectives are increasingly difficult to discuss.’ That was the main message of Geert ten Dam (President of the Executive Board of the UvA) at the opening of the academic year. She spoke about the vulnerability of students, but also about the risk of being overprotective. 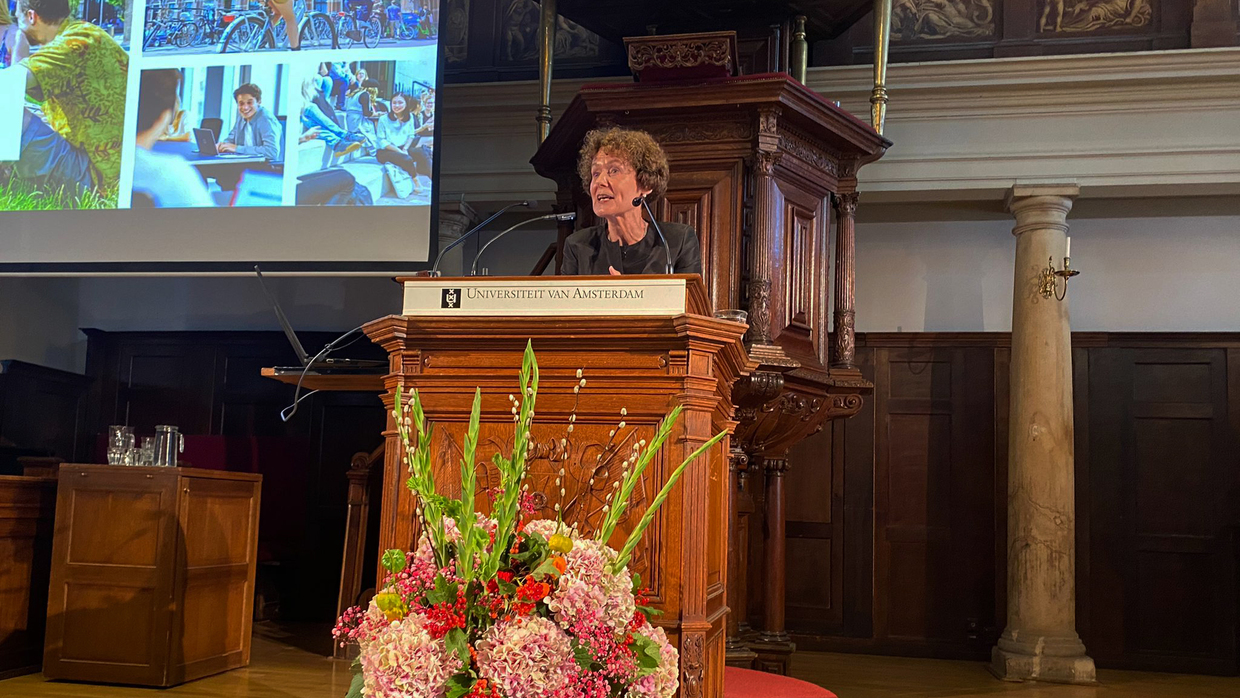 It looked a bit like old days in the Oude Lutherse Kerk this Monday, where the academic year was opened in a festive way. There were stories from students and alumni, there was a musical interlude and president Geert ten Dam gave some closing remarks.

Too much
Ten Dam concluded the opening, that was devoted to Generation Alpha, with a speech in which she drew attention the vulnerable position in which a lot of students are. ‘The pressure on young people is heavy,’ she said. ‘They have to choose the right study in one go, they have to perform at their top to avoid study completion delay, and they also have to work up a resume,’ Ten Dam said. ‘In addition, young people have concerns about student debt, about scarce internships or jobs, and about the affordability of housing. For many of them, it is just too much.’

According to Ten Dam, the solutions lies in ‘a robust public sector’ and ‘a safe strong learning culture’. She warned however against being overprotective towards students. ‘Where feelings of insecurity are linked to the content of our education, we are on a slippery slope,’ Ten Dam said. When students ‘no longer want to be confronted with dissenting opinions and unwelcome perspectives, we lose the soul of the academy’.

In her view, a new learning culture would be helpful for this. ‘A culture in which students are treated positively and their independence is encouraged. There is no room for intimidating or inappropriate behavior. But there is room for opinions and perspectives that some might finds disagreeable. The conversation is open, everyone can say what he, she or they think.’