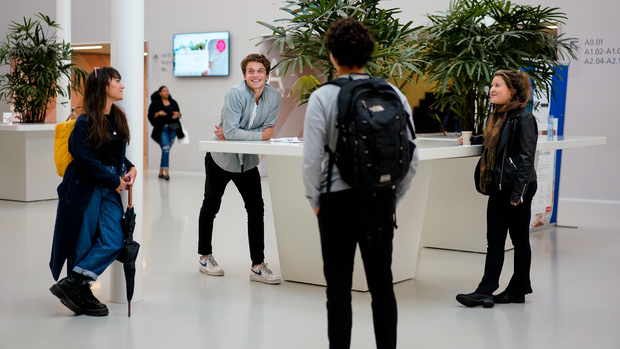 [Opinion] ‘Seeking shelter from the storm: on leaving the UvA’ 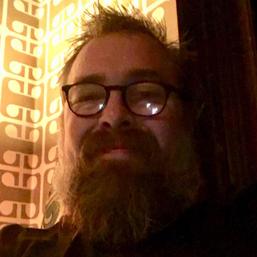 Teacher and lecturer Matt Cornell has seen enough. He is leaving the University of Amsterdam because of its handling of the covid pandemic. ‘After eight years as a teacher and researcher at the UvA, I am withdrawing in protest of this eugenicist approach to the pandemic.’ 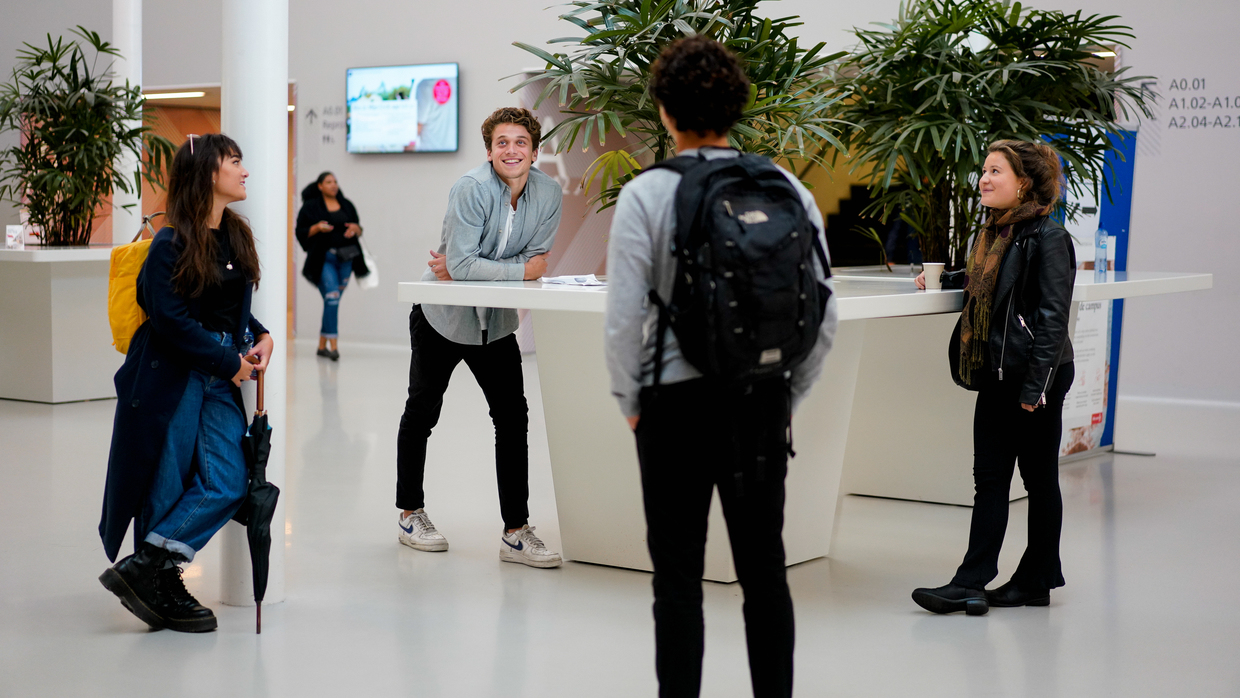 Despite the growing coronavirus pandemic, the Rutte cabinet has cleared the way for the reopening of higher education without social distancing, and like many other financially-minded businesses in the Netherlands, the University of Amsterdam has chosen to focus on what is allowed rather than on what is responsible.

It is important to note that both the GGD and the government’s own team of experts (the Outbreak Management Team), specifically advised against reopening universities at this time. By proceeding with reopening, the university is effectively following the lead of the conservative Rutte cabinet, and surely not the advice of any domestic or international public health experts. By doing so, the University of Amsterdam is complicit in the Rutte government’s shameful approach to the pandemic.

So, let’s take stock of this approach. After announcing in March of 2020 that the Netherlands would pursue a risky policy of ‘controlled spread’ of the virus with the unscientific goal of achieving herd immunity via infection, this cabinet has so far allowed the deliberate infection of an estimated 5 million people, the avoidable deaths of at least 30,000 people, and untold numbers of previously healthy people disabled by Long Covid.

This policy’s sole metric for introducing public health interventions was the capacity of the nation’s intensive care beds. As long as hospitals were not overwhelmed, mass infection was allowed to continue at a steady pace. We were told that vulnerable people would be ‘shielded’, but in practice many got infected, while many more have been shut up in their homes for 18 months due to high rates of community spread.

This policy was justified on the basis of dubious scientific opinions handed down by the RIVM and its arrogant leader Jaap van Dissel. Among the false assertions made: that the virus does not spread by aerosols (it does), that it does not spread asymptomatically (it does), that children do not get infected or spread the virus (they do), and that masks do not work (they do). These claims have all been refuted by the international scientific community, and even by many Dutch researchers. But we were expected to act as if they were true so that the country could continue to pursue herd immunity, and so that business could continue as usual.

Vulnerable members of the academic community

So too, the business of education. Throughout this pandemic, the University of Amsterdam has been complicit in the Rutte strategy and has stubbornly denied any responsibility to the city or to the vulnerable members of its community. And despite purporting to be a top research institution, the UvA has promoted antiscientific virus denialism.

Even though it became obvious in the fall of 2020 that a lockdown was inevitable, some UvA campuses opened anyways, luring students to Amsterdam with the promise of a relatively normal ‘hybrid’ school year. Securing tuition fees (and student housing rental contracts) was prioritized over social responsibility or intellectual honesty. While most Dutch laborers were urged to work from home, students and faculty were expected to brave public transport and attend unmasked classes in poorly ventilated rooms. Attendance policies were rigidly enforced, increasing the chances that a sick student would come to campus and spread infection. Outbreaks in cramped student housing were common.

Administrators would go on to claim that there have been no significant outbreaks on Dutch campuses. Here too the university was shielded from accountability by bogus science. Because RIVM and the GGD falsely claimed that the virus could not spread more than 1.5 meters, classmates and office mates were not considered close contacts. If there was an infection in your classroom or office, you would not be informed. As a result of policies like this, the vast majority of GGD contact tracing investigations cannot determine a source for infections. The university was shielded from accountability; it was simply following ‘the rules’ and those rules were tautologically assumed to protect people on campus.

When the government belatedly handed down the advice to wear a mask at all indoor public buildings, the UvA announced that it was exempt, because its campuses were ‘not open to the public’. The university even touted a study from its own researchers which warned against the dangers of aerosol transmission and advised the use of masks, yet failed to implement the study’s findings.

To prepare for reopening, this week the UvA has announced some new rules: an underwhelming set of guidelines that is little more than hygiene theater.

Face masks will be mandatory again in the campus buildings. You may remove your face mask in class once everyone has taken their seat or designated position to stand.

This is a joke. As everyone now knows, the coronavirus spreads primarily via aerosols emitted when talking, singing and breathing. These aerosols can accumulate indoors, especially without proper ventilation, and can travel much further than 1.5 meters. Lecturing and discussion in full classrooms is a high risk activity. This is why many universities in other countries require masks indoors, even while seated or standing. This is also what the World Health Organization advises, so why isn’t the UvA doing it?

Students and staff with COVID-related symptoms must stay home and get tested at the Municipal Health Service (GGD).

It is widely understood that coronavirus can be contagious 1-2 days before the onset of symptoms. This is known to be especially true in the case of the Delta variant. If you have symptoms today, you were contagious to your classmates and officemates yesterday. Isolating after a possible exposure and regular testing for asymptomatic infections are the best preventive measures.

Self-testing will remain important. We hope that every student and staff member performs a self-test at least twice a week.

There is no situation in which a student or staff member who tests positive should be allowed to set foot on campus, so why is this even voluntary? Rather than displace this choice onto individual students, the university should arrange an onsite campus testing center with daily or weekly testing handled by trained professionals.

We recommend that everyone gets vaccinated. Dutch students and staff can make an appointment with the GGD.

Dutch officials are fond of bragging that ‘everyone who wants a vaccine will have one’. But framing vaccination as merely another personal choice is the same old neoliberal rhetoric. Vaccines don’t just protect you; they protect others, and recommendations aren’t enough. As many universities around the world are realizing, it is far better to require vaccination than to suggest it. While the Netherlands may enjoy a comparatively high vaccination rate, as of last week, 65% of those between 18-25 have only had one shot. This simply isn’t enough to avoid a campus outbreak.

The UvA claims to provide an education in critical thinking and ethics. But 700,000 immune compromised Dutch residents and 2 million children have no defenses against this virus. These are our friends, neighbors, colleagues, and family members. What lesson are we teaching our students by endangering the most vulnerable in our community?

While the university had few reported outbreaks in the past year, the coming semester is likely to be different. The Delta variant is four times more contagious than wildtype corona and has reduced the efficacy of our vaccines to as low as 40%. Vaccinated people can catch this variant and they can pass it to vaccinated and unvaccinated people alike. Highly-vaccinated countries like Israel and Iceland are experiencing huge waves of infection right now. With Delta, breakthrough infections are increasingly common and while fully vaccinated people are likely to avoid hospitalization, they could develop disability from Long Covid.

In all likelihood, the university will shut down within weeks, instruction will hastily return to Zoom, and administrators will deposit tuition fees, while claiming that their hands are tied by government measures beyond their control. In the anxious weeks leading up to a new lockdown, some students, staff and their close contacts will get sick. Some may die. Others may develop long term disability.

What the UvA should do to avoid these outcomes is offer face-to-face instruction for those who can prove that they are fully vaccinated, and online learning to those who cannot. Instead, UvA administrators have simply assumed that we should be happy to return to campus now that we have had the opportunity to be vaccinated.

But public health experts compare vaccines to a raincoat. When the weather is mild, they offer good protection. When it’s raining, you are still likely to get wet. And it is storming in the Netherlands. Nearly 3,000 people are being infected each day, the test positivity rate is an alarming 16% and the city of Amsterdam is at the highest level of risk set by the RIVM. Students and staff will return from their summer vacations, and some of them will unwittingly bring Delta (or something worse) back with them.

I won’t be joining them. After eight years as a teacher and researcher at the UvA, I am withdrawing in protest of this eugenicist approach to the pandemic. Because the UvA has done nothing to prepare for this storm, I’m heading for shelter. I am leaving.

Matt Cornell is a former teacher and lecturer in literary studies at UvA.