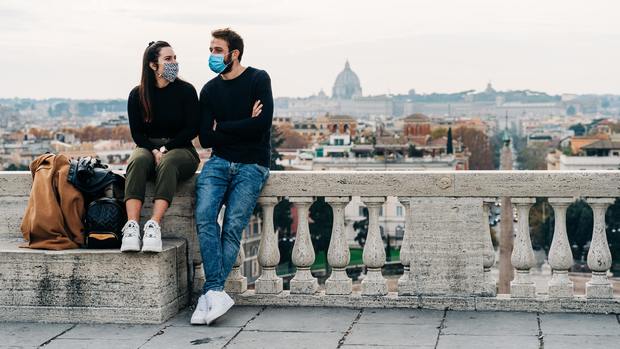 The UvA has cancelled all exchange programmes this autumn. A petition against the decision has been signed by more than 1,400 students.

The UvA has decided to cancel all foreign exchanges planned this autumn because the safety of the students abroad could not be guaranteed, according to a statement issued by the university. ‘There is a negative travel advice for all countries,’ said Anouk Tso, coordinator of the International Office. ‘Repatriation is therefore not covered by the government, and so we can’t guarantee that we can safely retrieve our students if a country suddenly closes its borders.’

Even if travel restrictions are lifted this summer, this will not change the university’s policy. However, in this case there would be some flexibility in the form of ‘hybrid exchanges’ with a number of partner universities where education would start online and physical education may be offered later in the semester.

‘I understand that going to some countries might be problematic, but that shouldn’t be the case for England or Sweden’

The students who signed the petition are not happy. They believe things will improve significantly by September thanks to vaccination programmes, and that the university should allow students to go with a self-risk statement if necessary.

One of the initiators of the petition is Central Student Council (CSR) member Assamaual Saidi (20, Law and Political Science) who sent an unsolicited advice to the Executive Board. ‘I wrote that we regret the decision and request that it be reconsidered immediately. I understand the safety concerns, but think they’re disproportionate for exchanges in countries such as the United Kingdom and the United States where vaccination programmes are already underway.’

Student Tim de Boer (24) agrees. His research master Urban Studies is one of the few masters with an exchange programme. ‘Students often choose the master because of the exchange,’ he says. ‘I was planning to go to University College London. If the UvA starts physical education in September, why should it be any worse at partner universities? I understand that going to some countries might be problematic, but that shouldn’t be the case for England or Sweden.’

CSR member Saidi doesn’t see the UvA’s alternatives, such as the hybrid and online exchanges, as serious solutions. ‘These won’t be possible to organise equally well at all universities. The university should look at what is possible for each destination separately.’

In a WhatsApp group with more than two hundred disappointed students, calls are being made to approach national media. Several students have announced that they have received confirmation emails from universities that are not aware of the UvA’s decision. Everyone is questioning the policy. Why, for instance, is it allowed to go on holiday to Barcelona this summer, but not to go to university later on? ‘There are very tragic stories,’ said Saidi. ‘Some students have taken a gap year and worked three jobs at the same time to pay for their exchange. It feels unfair.’