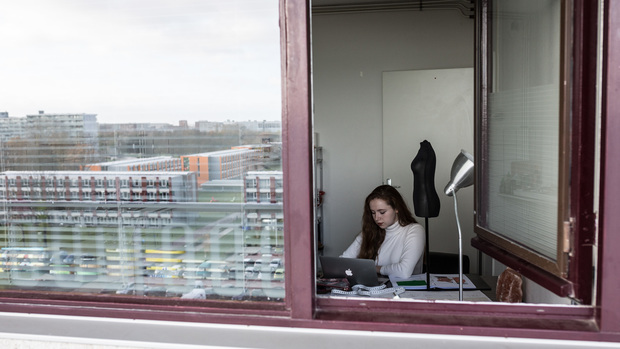 Internationals at Daalwijk living in fear: 'I'm scared to leave the house at night'

International students in Bijlmerflat Daalwijk, where a bullet flew through a window of an eighth-floor apartment, have felt unsafe for a longer period of time. They mention muggeries, broken front doors and sketchy people in the streets. ‘It surprises me that the university thinks it’s acceptable to put international students here.’ 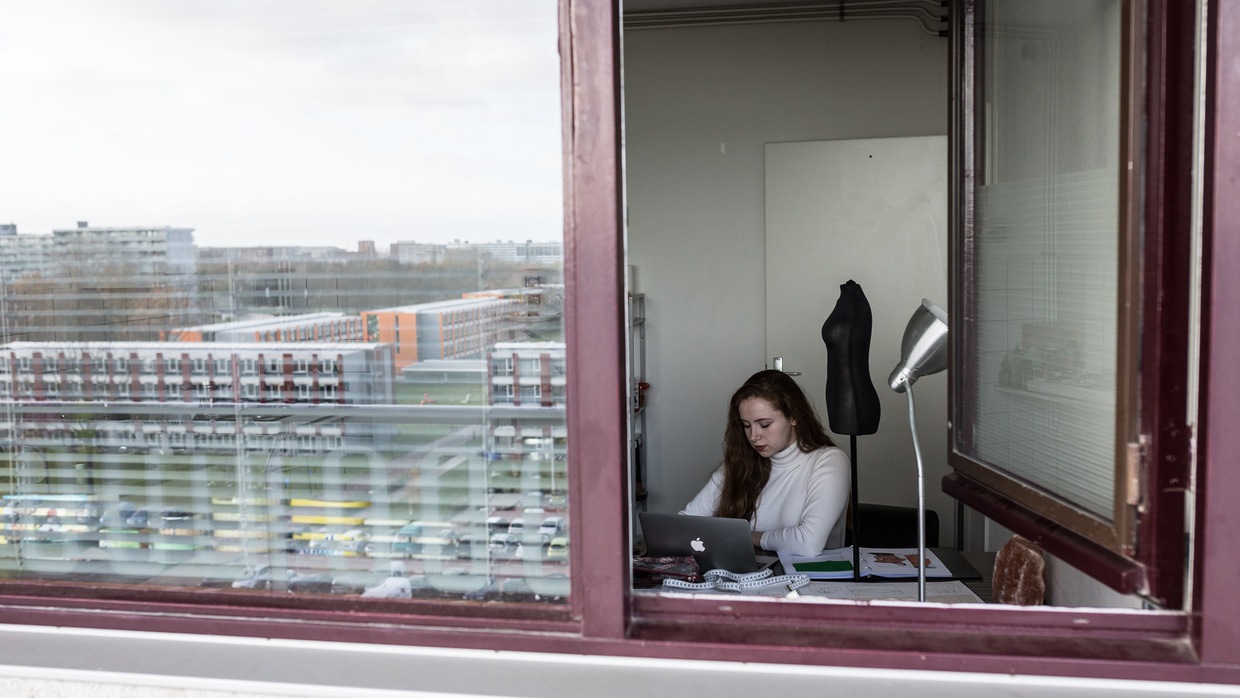 Chris Comes (18, Political Sciences) scrolls through the WhatsApp group for neighbors: ‘People feel unsafe. Especially girls,’ he says. ‘They think there should be security guards.’ He shrugs. ‘Even before this incident there were complaints about this.’

Last week, a 23 year old student was shocked when a bullet hit her head while she was watching Netflix in her student home. She lived on the eighth floor – lived, because after the incident she left. The bullet was supposedly fired from about 285 metres away. The police thinks it could be a mistake, or in any case not a targeted attack.

Families and students are living next to each other in the Daalwijk flat in the D-neighborhood in the Bijlmer. The students (UvA, the University of Applied Sciences and InHolland) did not choose their own house: they were put there by their university, even before they came to The Netherlands. ‘Are you sure you need to go there?’ the taxi driver said to Talia Farghaly (20, Amsterdam Fashion Institute) when she was driving from the airport to her new student home.

This incident is not the only problem, according to the internationals. A flat door that doesn’t close, criminal activity at metro station Venserpolder where a woman was attacked from behind, ‘sketchy people’ and ‘a shitload of drug dealing’. A Dutch student was robbed in the Bergwijkpark that needs to be crossed when walking from the flats to metro station Diemen Zuid.

Chris: ‘Dutch students say they would never live in a neighborhood like this. It surprises me that the university thinks it’s acceptable to put international students here.’ Talia: ‘Students want to move now or talk to their university.’

The University of Amsterdam says they do not have reasons to assume this neighborhood is significantly more unsafe than other places where international students are housed. They are organizing an information meeting for students to talk, together with the police and student housing organization Duwo. ‘It is our job to take care of a safe building,’ Duwo says. ‘We acknowledge the problem with the broken front door. But a robbery or shooting incident is happening in the public space and therefore it is a job for the police or the municipality.’