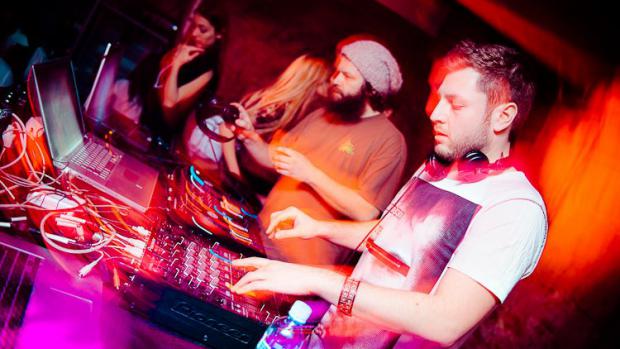 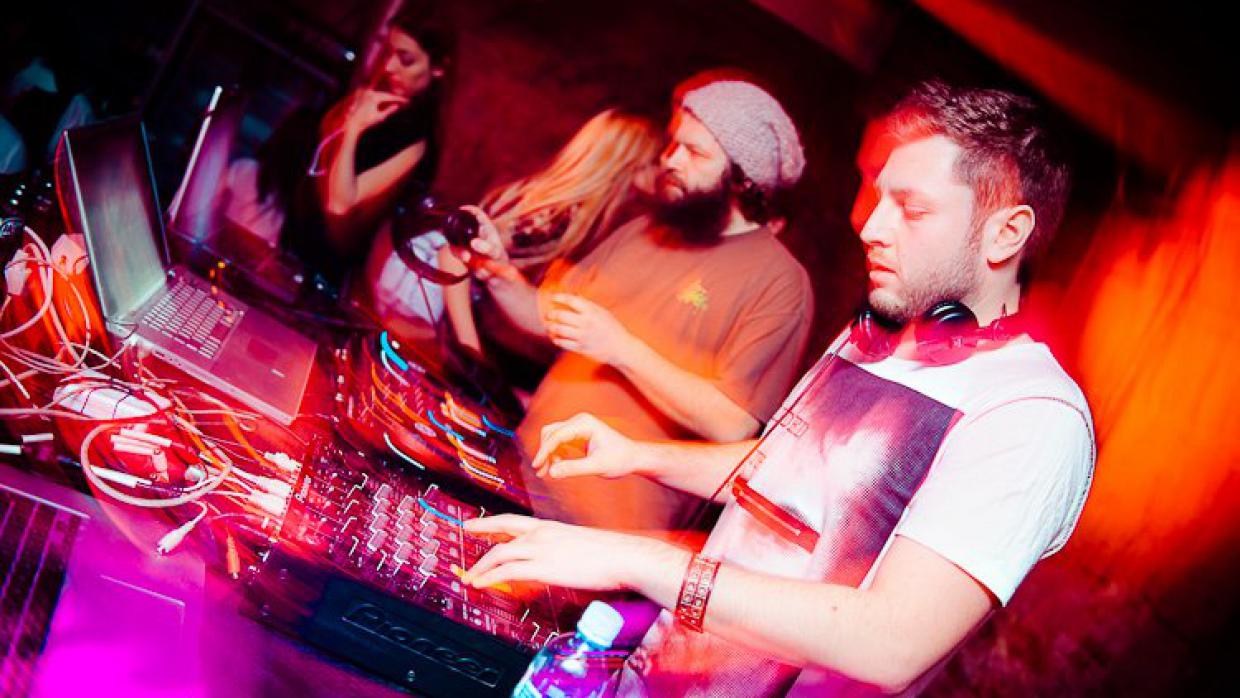 Foto:
At last, the Amsterdam Dance Event has begun. For a week, the music takes over the reins in this city. The four-day-festival transforms the nightlife,usually appearing as dubious, ambiguous, and beckoned with a secret wink, to ”daylife”. Clubs and bars are becoming modern music galleries, techno temples where Djs and party organizations from around the globe expose their sounds, their creations, their inventions.
And what about us? We. We sway. We oscillate around music. We live it. We don’t walk. We jump. The sounds we breath in cause our blood flow to move according to the authoritarian rhytms of a DJ.

That music and these people challenge our perception of art. It is interesting that in the world of technology, everybody can become an artist. Just like Hubert Selby Jr. said: ”being an artist does not take much, just everything you got”. Maybe, that whole thing is not such a big deal. Deadmau5,one of the most famous DJs even admitted that the only skill, a DJ needs to have, is the ability to count until 4. Is it really that simple? Or does it take more than that? Do you need to have something special inside of you, something that inspires you to make an incredibly awesome track, a track that will move the tectonic plates of techno music and cause a mass social hysteria?

How about ”Malena”? ”Malena” is a song made by Marko Nikolovski, professionally known as ME.N.U.The track, named after an old Macedonian movie, is not a usual myriad of synthesisers, multi-tracking, or drum machines. If you want to know what is it like, try to imagine folk singers performing live at the Love Parade in Berlin with Dr Motte. Folk, tradition and the past are mixed with modern technology and future. 'Malena' is an epiphany to his homeland, Macedonia. Marko hopes for the best. He admits that the song is too innovative, too unique to be published on the Internet, thus he decided to remove it from his online portfolio. Having listened to it, I understand why…

I met Marko few years ago at a birthday party of an old acquaintance. He just began his studies finance at the University of Amsterdam. Afterwards, I saw him sporadically in the UB-Singel, studying hard for his exams. So, when I saw him again, after that long period time, extremely focused, not while acing calculus, but behind the mixer,and playing at the party in the Rumpus Room (Amsterdam's private nightclub), I immediately began to wonder why did give up numbers and algebraic formulas for music notes?

”Three years ago, my career began flowing into a completely different direction. At the time, I was becoming more and more fed up with my studies, which I did not enjoy at all. And although, it was going quite smoothly, I was not happy about my life. Later on, I encountered setbacks with my residence permit and I had to leave, back to Macedonia. Thanks to the music, I overcame my frustrations. You can say that it saved me from giving up”. He described DJing as a form of storytelling that he tells his public. ”This is my way of expressing my experiences, and my emotions through music. Every stress goes into track and every beat is inspired by significant events taking place in my life”.


Moving to Amsterdam turned out to be a fate-changing experience. ”Being an expat, and a student at the same time, in a country which is completely different from Macedonia, is a very difficult thing to deal with. You have to struggle to make a living, you are separated from your family and friends. Finding yourself a new social circle is quite a challenge. You have to start all over again. At the same time, you have to be careful not to get involved with the wrong crowd, be disciplined and cautious. It is quite hard for someone who arrives here alone. It is a learning process that involves a lot of falling and getting up”.

His music portfolio illustrates this perfectly. His SoundCloud profile represents a variety of techno genres. Some songs are dark, minimalistic and heavier, while others are up-beat and melodic. The first tracks are simple and easy while the older ones show up more experimental and sophisticated choice of sounds. ”When I was stuck in Kumanovo, my home town,I began DJing”. His parents are sceptical and do not support his music ambitions. Going against his father’s desire, who hoped Marko would take over the family company, Nikolovski keeps on fulfilling his wish of becoming a full-time musician. Even without a formal musical education.

”I taught myself everything from scratch”, he says. When I saw him performing live in the RUMPUS ROOM, he played tech sounds mixing them with classical tunes of a famous Greek composer Vangelis. 'I played this track earlier at a party location in Sloterdijk. When I played it, the public gave me a thunderous applause'.

”I never had substantial knowledge of reading or writing musical notation. At the beginning, I could not even compose a single track. Everything came with time. The more tunes that I dealt with, the more I could create something original. Music can help you harness your creativity and develop your own style. It is like learning a new language. The more words you know, the more you can speak.”

Over the last two years, he recorded nearly 30 tracks. One of them, a remix of LaVondel's 'Maankracht' was selected for the Amsterdam Dance Event official soundtrack.

Two days ago,he sent me a short message on Facebook: ”I will be playing at the Amsterdam United! ( a subdivision of the famous and prestigious Amsterdam Awakenings festival). This is Marko: almost having his studies completed (one exam left only), living in a foreign country, ready to turn his life 180 degrees around, and start from scratch.

I find his story immensely fascinating. There are so many aspects of it that remind me of my own struggles during my first years in Amsterdam... ”Aren’t you afraid of that uncertain and blurry future?”, I asked looking inquisitively at him. ”It would be much easier for me to come back to Macedonia and take over my father’s company but that’s the easy way. This is not what I want. I want to do something great and absorbing, something that feeds not only my wallet but also my spirit. I found this in music. There is a nice quote which says ‘Find a job you love and you’ll never have to work a day in your life.’ This is my uttermost goal”.