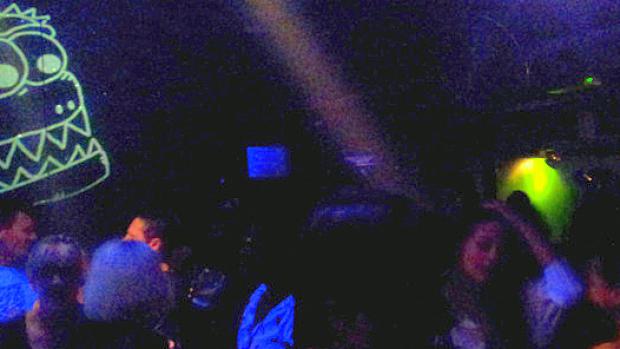 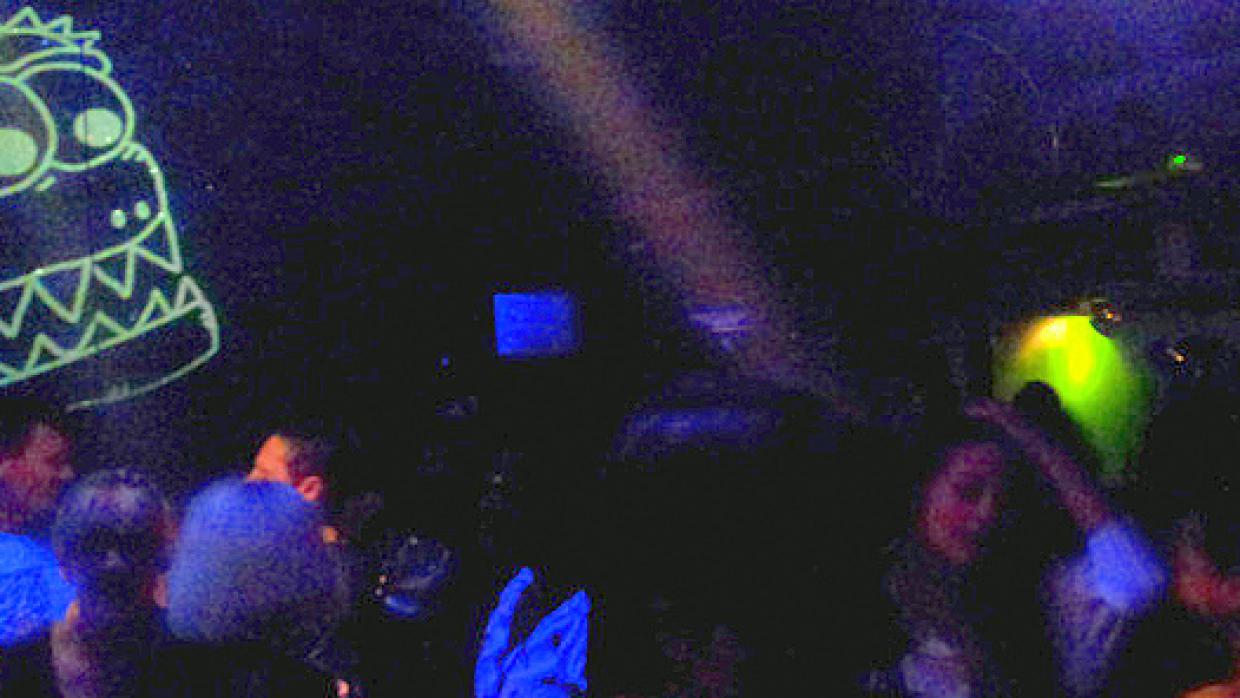 Foto:
While looking for some weekend late night indoor pursuits, I discovered the BITE-event. The first edition of this small and cosy techno party, on 29 September in Korsakoff, exposed me to a new kind of party experience.

The sheer volume of artists was awesome. Starting from Marciana, through Der Process (Pablo Cabrera), Daniela Haverbeck, to Kammy the Lady Machine, the party kicked off at 11 p.m. Atramentous and dusky colours dominated the interior of this veteran two story Amsterdam nightclub. A dance floor, filled with happy and joyful people, was inviting all of us to join the madness of tech sounds blaring from the speakers.

In the crowd of techno lovers, I was spinning together with Salomao Nunes and Frankie Gatto. Gatto and Nunes are the founders of MIDI-club, one of few artist collectives that were established as a part of the local underground techno scene in the last few years. MIDI-club's very first birthday is on 5 October, and that will be celebrated with a huge party, of course.

Do not let the adjective 'underground' leave you with the wrong impression. Cabrera, Gatto and Nunes all enjoy their professional careers, and they hold university degrees, from MBA to a Ph.D. in chemistry. 'We do it for the love of the music. We play in our free time, unofficially, and that is why it is called underground,' explains Cabrera. While this may not provide them with huge commercial success, it does ensure that the word-of-mouth buzz surrounding the trio continues to grow.

Gatto told me that the underground techno scene has become pretty jammed. Competition and jealousy do exist but MIDI-club guys neither care nor need to compete with anybody. 'It may sound a bit pretentious,' says Gatto, 'but our artist collective never had the urge to become part of the mainstream. We have always loved and enjoyed our uniqueness.' Lisbon native Salomao Nunes added that their main goal was to create a community of friends and techno artists who seek to enjoy the music together by organizing and participating in their own events and projects.

Afterwards, I chatted with Pablo Cabrera about his adventure as an underground DJ. Cabrera made his debut at the age of 20, and he's been DJing for more than a decade now. As one of the co-founders of the Origenes collective, he recently began broadcasting his tunes live through his own online Loudness Recruitment Radio show. Just like the sounds produced by Midi-Club, Pablo’s music is a blend of minimal, unique electronic noises and careful attention to sound design. 'I play experimental music, and this is my getaway from the mainstream. I prefer to create deeper sounds, the sounds that bring a hidden message. Our music is made for and listened by intelligent people. We have got a group of faithful followers already.' A new type of subculture? 'No, a new type of commune,' he told me, smiling.

He is absolutely right about this one. The party felt like a family holiday gathering. Thanks to that quite unusual and indirect message, the event has brought a sense of discovery, a new form of artistic camaraderie rather than a regular and plain party experience.  Someone once said: 'There are people who play records and there are DJs who blow minds.' For any of you seeking great fun, I can't implore you enough to come experience it for yourself. Attend just any party where these three guys are present, and you might find yourself stepping lightly through a no- sugar coating, bold and dark electronic music.