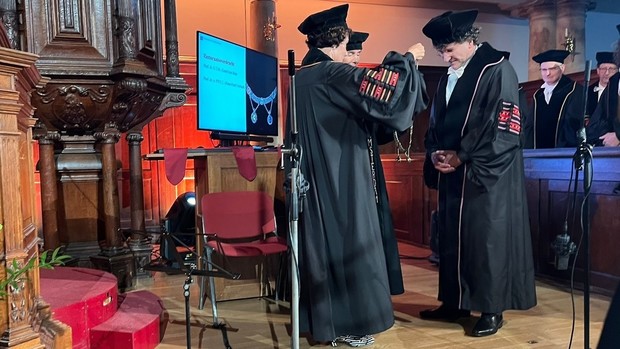 New rector magnificus: "Covid has changed the context of the university"

The UvA’s 391st dies natalis was celebrated yesterday afternoon in the UvA’s auditorium, including the annual dies speech and the presentation of two honorary doctorates. The transfer of the rectorship also took place. Peter-Paul Verbeek is now also the formal rector magnificus of the UvA. 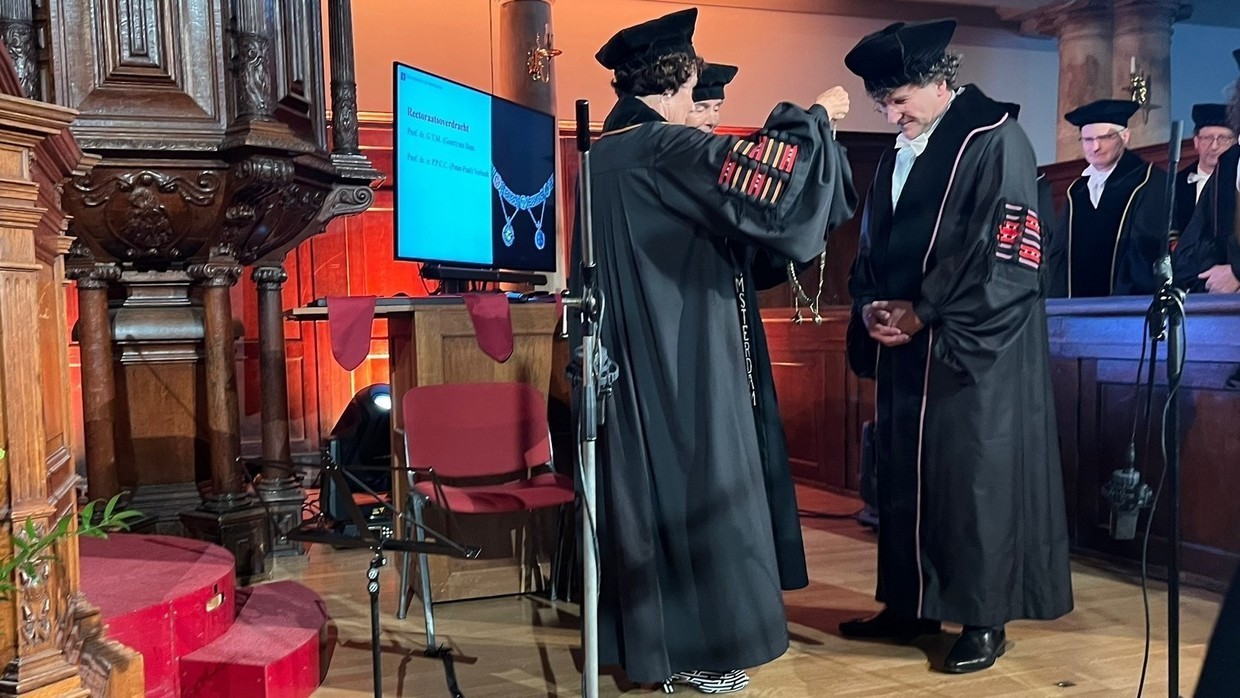 With the transfer of the rectorship, the UvA now also formally has a rector magnificus again, after Karen Maex stepped down last summer and returned to Leuven. As of yesterday afternoon, Verbeek is now also officially her successor, having already started in his new position on October 1st. College president Geert ten Dam has been serving as acting rector since then and was therefore the one who hung the rector’s chain around him, pronouncing the Latin maxim Salve Rector Magnifice, iterum iterumque Salve! (“Welcome, rector magnificus, welcome and welcome again.”). And with that, the rectorship of Verbeek, who hails from the University of Twente, then officially began.

“The era of the ‘entrepreneurial university,’ is over”

Verbeek immediately delivered the opening remarks at the meeting, reflecting on the university of the 21st century. That university - and its culture - will look very different from the university we are used to, according to him. The pandemic, he said, contributed significantly to that. “Covid has changed the context of the university,” he said. For a long time, the university revolved “around skill, knowledge and the cash register,” Verbeek said, but the era of the “entrepreneurial university,” long the motto of memorable university-goers at the University of Twente, is over as a result of the pandemic, but also, for example, because of the climate crisis.

“What can you still be as a university, now that scientific institutions such as the RIVM and the KNMI are also producing scientific knowledge,” Verbeek wondered. “A lot, but it must be different than before,” said Verbeek. '“We must become a social university,” he said, and coined the term “science paradox” to indicate the dilemmas the university faces in doing so. “The university is traditionally value-free, neutral and independent, but will also have to be valuable, influential and involved.”

To bridge these apparent contradictions, in his view, “in-between spaces” are needed that connect these contradictions. He identified four: a space where scientific and social questions are asked, a space where obstacles between disciplines and faculties are removed, a space where citizens are involved in science, and a space where students and society provide that connection. Regarding the latter, Verbeek says academic citizenship is important. “That’s the magic word we need.” How that plays out, we will see in the coming years.