Opinion | “Banning Shell is bad for the green transition” 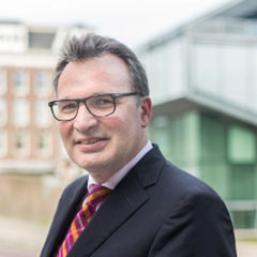 Accounting professor Jan Bouwens received an e-mail today from University Rebellion UvA asking him to sign a petition calling on the UvA to distance itself from Shell. He responded with a personal appeal via Folia. “I would like to urge everyone with a green heart NOT to sign the petition. Here is why.”

The Netherlands has successfully banned Shell. Shell’s departure from the Netherlands extends far beyond the few top executives who will relocate to London. The EU has lost an important partner needed for the transition from fossil to green. This departure marks a Pyrrhic victory for the environmental movement.

After the court in The Hague ruled that Shell must reduce CO2 emissions and ABP withdrew from the fossil industry, and thus from Shell, the company is now leaving for good. This allows Shell, except for EU sites, to ignore EU environmental measures, since the UK is no longer part of the EU.

Both small and institutional investors who care little about the environment will be left behind. They do not provide incentives to go green, according to recent research. European influence on Shell will then have to come through government legislation which Shell can avoid by relocating to the UK. The UK has mastered the art of policy competition between their country and the rest of the world like no other and will therefore impose fewer requirements on Shell than the EU.

Already Shell is avoiding far-reaching EU environmental reporting regulations that have yet to be developed in the UK, and the huge concentration of expertise at Shell needed for the energy transition will now remain untapped. Immediately after ABP’s announcement to end investments in fossil energy, activist hedge fund Third Point made the demand that Shell split into a fossil (bad) and non-fossil (good), but financially drained, company. But its departure for the UK points more to maximizing profits from fossil fuels than transitioning to green.

Existing research also shows that headquarters are less likely to cut investments at divisions located nearby. More distant divisions are more likely to close than business units near headquarters. Thus, the proximity effect also gives reason to want to keep Shell headquarters in the Netherlands and thus the focus on greening.

As argued above, recent research also shows that “sinful” shares, once exiled, fall into the hands of shareholders who have no problem with sin. Will Shell’s policies improve if environmentally focused people are no longer represented there? If we want to encourage transition in the EU, we would do well to keep fossil fuel companies within the EU.

The UvA can contribute to this by not treating Shell as an unwanted alien, but rather by encouraging it to help us in the transition. Hopefully, the departure of Shell’s headquarters will be a wake-up call in that context. If we want to advance the transition, we must shift the focus from political pressure to cooperation with companies. Do you have a green heart? Then do NOT sign University Rebellion UvA’s petition!

Jan Bouwens is a professor of accounting at the Faculty of Economics & Business at the UvA.