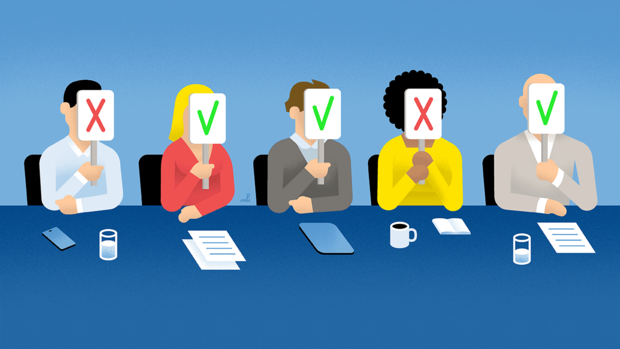 Where is the transparency in Central Student Council votes? 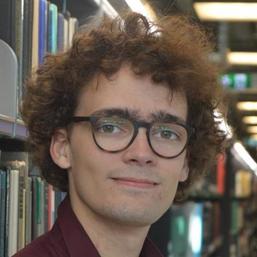 The Central Student Council (CSR) should be more transparent in its council minutes by listing how each member voted on each issue. This is not happening now. Ruben Peetam argues for more transparency in CSR minutes.

The CSR recently discussed a proposal by member Tuncay Yazar to include in the minutes the names of members along with voting results, meaning to record whether each member voted for or against a particular proposal (or abstained). That proposal did not pass. The SRC thus maintains the practice of stating only how many members voted for or against. This is undesirable.

Student councils have a duty to publish the minutes of their meetings. There are two sides to this: merely uploading the minutes fulfills the formal requirement. But there is also a substantive criterion: the minutes must be sufficiently precise and concrete so that the students represented can review what was discussed and decided during meetings, crucial to understanding as a student body how our representation and its members function. Especially the latter.

‘Student council members vote without a mandate, and no “party” can coerce, fire elected members, or revoke board grants’

Even though student parties sometimes suggest otherwise, we do have an individual electoral system at the UvA. The electoral lists are a means to cooperate in the elections but do not bind candidates in any way after the election. There are no factions in student councils, nor is there “party discipline.” Student council members vote without a mandate, and no “party” can coerce, fire elected members, or revoke board grants.

But the "puppets" do matter. Of course, candidates can commit to a common program or other election promises, but they alone are responsible for keeping them. During their term, each member sits there in their own capacity, and ultimately, we as voters decide whether a candidate or member has fulfilled their mandate, and whether or not that should have consequences. This is also reflected in the large differences between candidates in the annual elections. During the last round, for instance, the student body expressed a special preference for 12 candidates.

Our choice must be an informed one: what does this candidate bring to the table in terms of experience and knowledge? How has this candidate acted in the past on dossiers such as educational quality, sustainability investments or internationalization? Did my vote “get it right”? Did the person ask the questions they promised to ask? These are all issues raised by students before they select new representation. With incumbents running for re-election, voting results are crucial for this. Student councils act primarily through advice and requests to the board, actions that require a majority vote.

Merely reflecting the collective decision makes this process of electoral control much more difficult. If members do not explicitly speak but decide (in fact, issues are often divided among members), it is impossible to tell from the decision how a member acted. Perhaps someone expressed approval or disapproval as an aside, but such comments are often not included in the business report. In these cases (deciding, not expressing), members and their opinions are invisible. So why no disclosure? A quick look at the minutes: four members spoke, three of whom declared their opposition to the proposal. Thus, the opinion of the other 10 (!) members is unknown to us.

The main counterargument expressed was the fear that with transparency at the individual level, members will no longer vote according to their conscience, but in line with what the “parties” expect of them. Disclosure of voting results should be a personal choice. Another member rightly objected in that meeting that it would be a strange state of affairs in any case if some votes “privately” differently than in public: is that decision valid? Furthermore, here again, the outside pressure of parties is overstated, even considering the protections afforded student council members. And even if there is pressure, that is something that should be addressed directly rather than by the systematic withholding of information.

Therefore, the counterargument used is not a strong one as far as I am concerned. Finally, I would add that enforcing this practice is rather cumbersome. After all, CSR meetings are open to the public. Nothing prevents us from sitting in the hall and observing for ourselves who votes for what. But the number of people who attend student council meetings in a year can often only be counted on a few hands. Providing more insight through the minutes makes it easier to understand the work of the SRC and its members. To me, a call for higher attendance without the provision of clear insight and widespread awareness of the substantive work seems ineffective.

By the way, what is the situation—at the time of writing—with faculty student councils? A quick tour of the website reveals the following. Law is currently the only faculty where the minutes list voting results at the individual level. Medicine lists only the voting ratios, as do Natural Sciences, Mathematics & Computer Science. Social and Behavioral Sciences only mentions the final decision, without voting ratios. Economics & Business Administration has not published minutes on studentcouncil.nl since 2018, and Dentistry—given its ties to the VU—does so on its own platform. Humanities comes in second place, as far as I'm concerned, by displaying voting results at “party level” (how many members of a particular list voted for what), but in doing so, in turn, creates the unjustified suggestion that fractions exist in student councils. So there is still much work to be done.

“Promoting to the best of its ability openness, transparency and mutual consultation within the university and faculties,” is one of the core tasks of student participation. This must apply to student participation itself as well. So let us put our money where our mouth is. There is no lack of ability here, just unwillingness. It is high time for student councils —starting with the CSR—to follow the example of Law.

Ruben Peetam is a law student and former member of the Faculty of Law's Faculty Student Council (21|22).