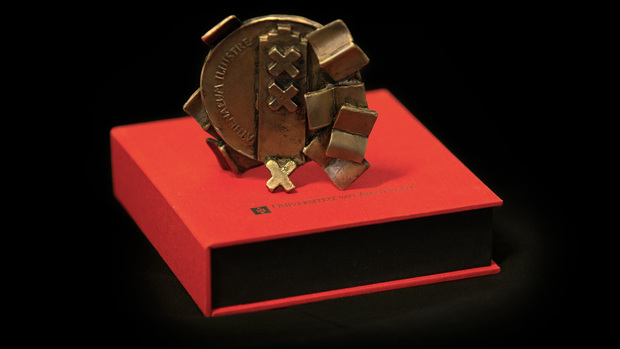 Last week, five people were honored at De Brug on the Roeterseiland campus for the special contribution they have made to the university and its academic community. They are Annelies Dijkstra, Hotze Mulder, Peter Sloot, Peter Vonk and Guido de Wilde. 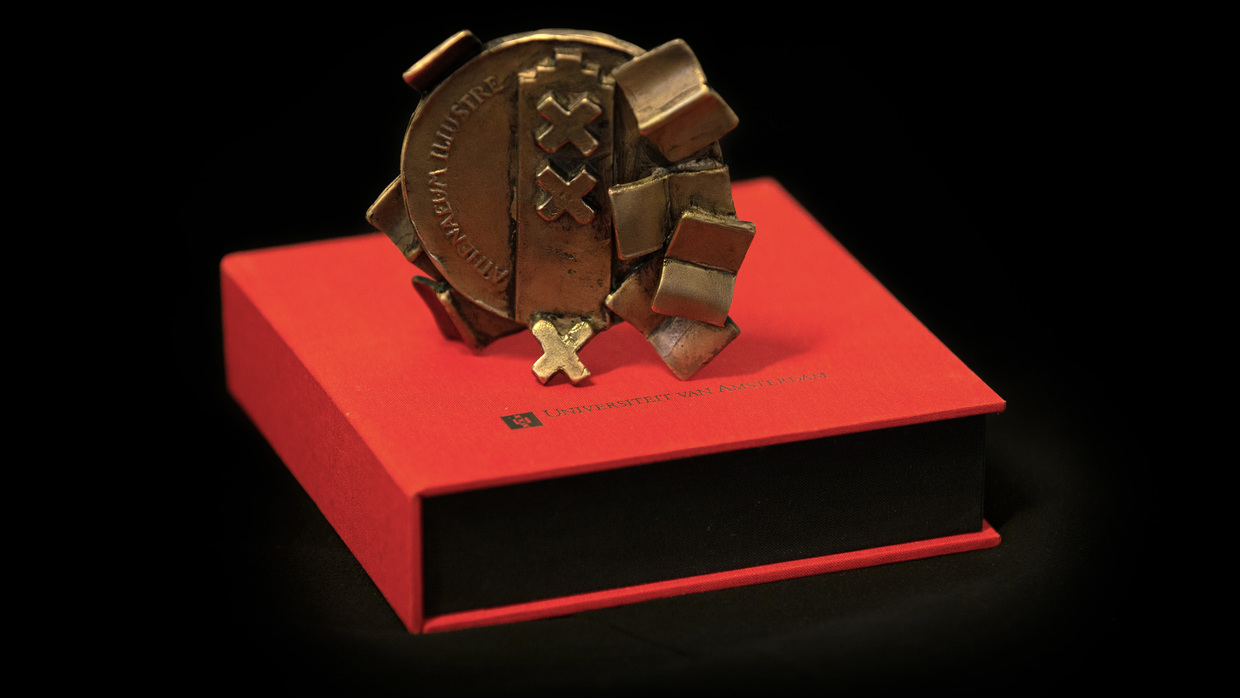 This is the second time that the UvA has organized a Day of Honors, the UvA variant of the Queen's Birthday. Last year the UvA medal of honor was established to replace the previously existing large, medium or small “sta-penning”, which people often received when leaving the university or retiring.

This time, too, a number of people who were decorated just before or after their retirement will receive a medal of honor. Peter Vonk, head of the Office of Student Doctors for decades, for example. He is praised for his “large number of initiatives to promote the well-being of students,” such as the student health portal that now exists.

Indispensable for policy
Hotze Mulder has also been retired for some time. He was a staff member at the Faculty of Humanities for many years, where his “in-depth dossier knowledge” and “expertise” made him, according to the jury, “indispensable” to many administrators, both at the faculty and the university as a whole.

Annelies Dijkstra, who in addition to her role as beadle is also head of the rector's office, is also approaching retirement age. She is honored for the “great calm and natural authority” with which she safeguards traditions but also moves with the times. The way she fought for the interests of PhD students during the corona crisis is particularly admirable, according to the jury.

Professor of Complex Adaptive Systems Peter Sloot receives the medal of honor because he has been a booster for “the interdisciplinary vision” at the UvA. One of Sloot's most impressive achievements is the way in which he initiated the Institute for Advanced Study (IAS) and managed to make it a success as scientific director, writes the jury.

Youngster
The only youngster among the distinguished UvA graduates is Guido de Wilde, head of the Global department at Student Affairs. He is “an excellent trainer and designer of new programs” and always knows how to involve students in what he does.