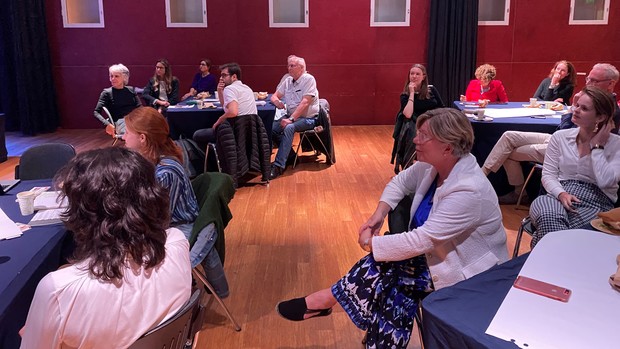 University Forum on workload: 'We need to publish less and better'

The University Forum started again this week. For the first time in a long time, members met physically, although there was also an online version. In the Music Hall of cultural student center Crea, the evergreen topic work pressure was discussed. Those who suffer from it can now consult the WerkdrukWijzer. 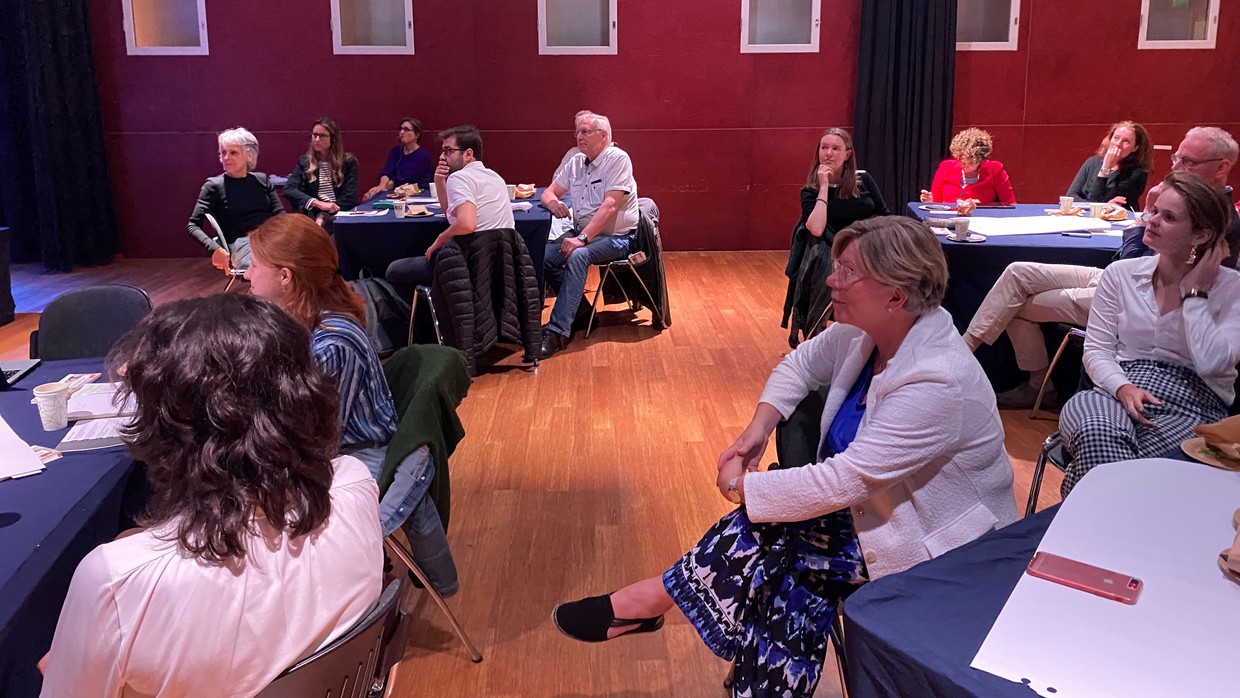 About twenty members of the forum physically attended the meeting in the Muziekzaal of Crea. Digitally, ten members took part in the discussion, which once again dealt with ‘work pressure’, a theme that has been on top of the UvA agenda for some years now. The covid pandemic has only made it more urgent, because of the necessity to work and teach online, a logistically and mentally difficult task.

We have now ended up with hybrid forms of working, just as the meeting of the forum was hybrid, but that brings even more organization and therefore work pressure. ‘At the moment, hybrid forms of working still lead to an increase in work pressure,’ said the introductory speaker Wilma de Munck, business manager of the Faculty of Economics and Business Administration and program manager of the ‘Grip op Werkdruk’ program.

Of course, that can change as everyone becomes more accustomed to it, but still, we also have to learn to live with a certain amount of work pressure, De Munck believes. ‘Work pressure will never be solved, but the degree to which people experience work pressure should be less.’

How far has the program group come in the fight against work pressure? There is an overview of where the biggest bottlenecks are and what can possibly be done about them, the forum meeting revealed. ‘Among other things, a “too dense academic year, bureaucracy and  publication requirements” appear to be causing work pressure,’ according to De Munck. She says that workload differs from faculty to faculty, with the number of courses, minors and working groups playing a role. Effective use of blended learning and/or reducing the number of courses offered could help reduce work pressure, she says.

In the meantime, the so-called WerkdrukWijzer (Work Pressure Guide), a bilingual range of tips & tricks to prevent work pressure and/or burnout-like complaints, has also been published. It is seen as a ‘backbone’ on the basis of which work pressure can be reduced. For example, the guide provides tips for e-mailing, tips for effective meetings, and advice: talk to colleagues and managers or take a walking coach when the work pressure becomes too much.

Increasing job satisfaction also proves to be an effective way to reduce workload, it turns out. How does that work? According to the WerkdrukWijzer, it is a matter of giving or receiving compliments, offering flexible working hours, celebrating successes and having and giving autonomy.

As with every forum meeting, after the introduction, members discussed the topic in small groups, followed by plenary sharing of ideas and suggestions for reducing workload. For example, the overcrowded 8-8-4 yearly schedule could be changed to 7-7-4. A pilot project with this is now underway at the Faculty of Humanities.

Other ideas put forward by the audience to reduce the workload included reducing publication pressure, offering fewer minors and majors, fewer rules and, for researchers, publishing less but better. One of the members said: ’In the past, you only published if you had something to say; now people also publish if they have nothing to say. Stop counting.’