UvA board revokes all board membership grants of A.S.C./A.V.S.V.

The executive boards of UvA, the Vrije Universiteit (VU) and the Amsterdam University of Applied Sciences (AUAS) have decided to revoke all board membership grants of the Amsterdamsch Studenten Corps (Amsterdam student association A.S.C./A.V.S.V.) for ‘at least the academic year 2021/2022’. In addition, A.S.C./A.V.S.V. may not promote the association or recruit new members within the university this year. 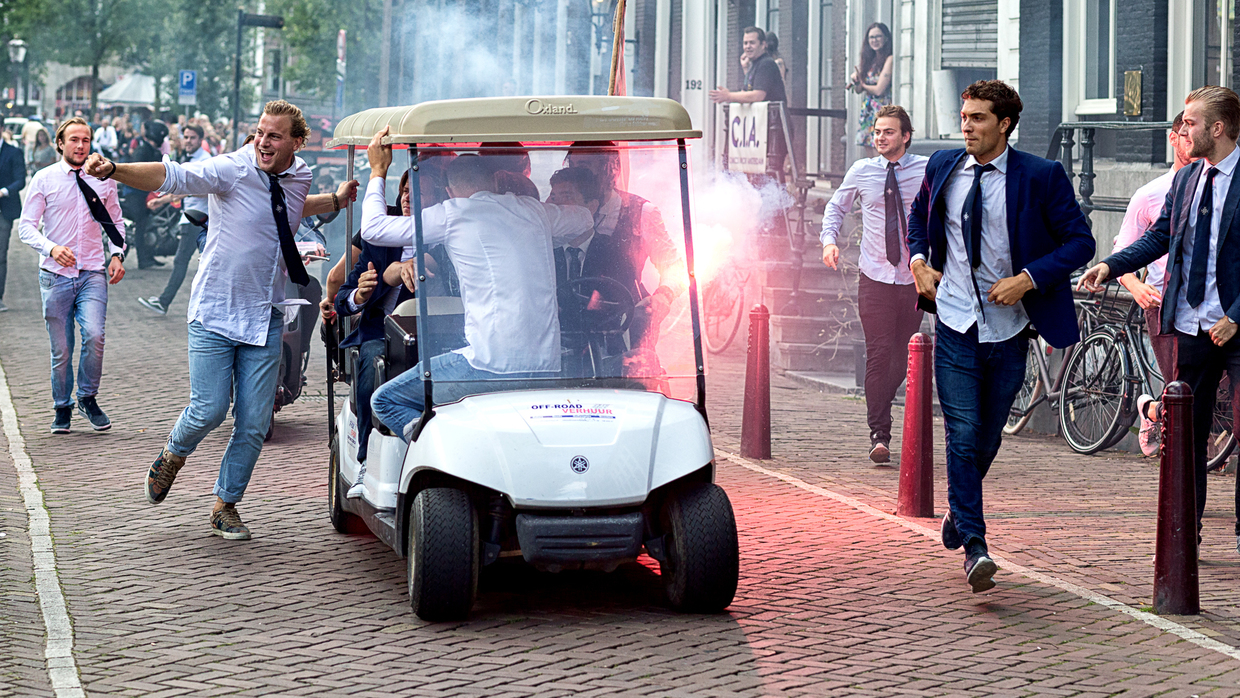 The two measures are contained in a letter that the executive boards of UvA, VU and HvA sent to the association board this afternoon. The educational institutions conclude in that letter that ‘you as Senate of A.S.C./A.V.S.V. have insufficient grip’ on what goes on within (the introductory period of) what happens at the associated so-called student ‘disputes’, or fraternities, who are part of A.S.C/A.V.S.V.. Because of this, the executive boards write ‘the actual extent of the abuses is still uncertain’.

In the letter, the boards express their ‘abhorrence’ about the incidents that took place during hazing activities: several students were injured. According to De Telegraaf, a student's arm was shattered with a wine bottle. The boards have decided to take away all the administrative grants for at least the current academic year. These grants are the personal compensation for students who govern the fraternity, to compensate for any study delay. The total sum involved is approximately 15,000 euros.

Although the boards of UvA, VU and HvA believe that the Senate has acted decisively by announcing far-reaching measures, they also state that the future will show whether ‘the measures announced have the desired effect and prevent such incidents from happening again‘. In view of the seriousness of the events and the fact that physical and/or mental transgression appears to have occurred repeatedly, the UvA, VU and HvA say they ‘strongly emphasise’ the need for a cultural change.