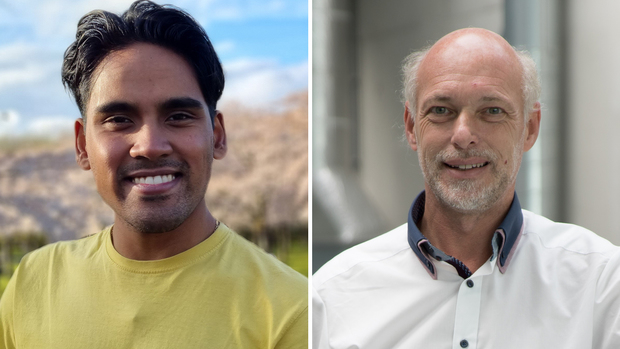 Assistant professor Gerwin van der Pol (57, Media Studies) has been re-elected as chairman of the central works council (COR). The central student council (CSR) also has a new chairman. It is chemistry student Manish Jhinkoe-Rai (24). Both started this week. 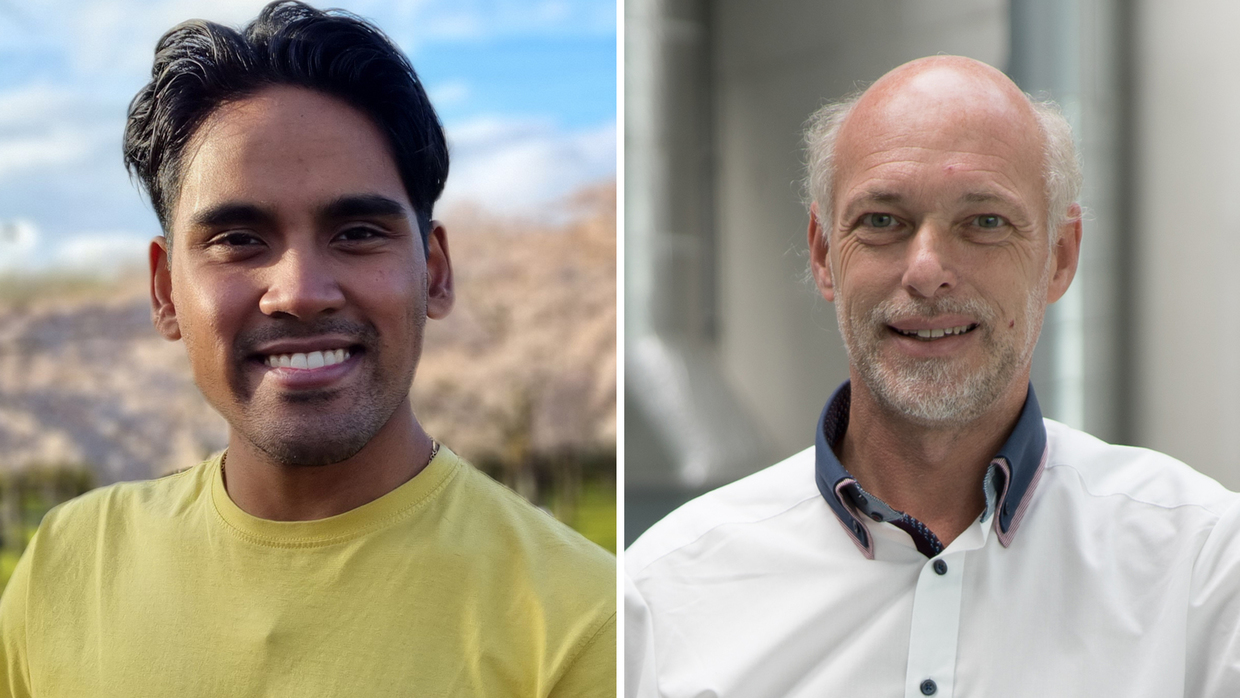 In a sense, they are both veterans who now lead the COR and the CSR. Gerwin van der Pol has been chairing the Faculty Works Council of the Faculty of Humanities for three years, a position for which he has also been re-elected. Manish Jhinkoe-Rai chaired the student council of the Faculty of Science (FNWI) last year and will now chair at the highest participation levelof the CSR.

Van der Pol is happy with his re-election and says it is an honour to lead the COR again, especially since his vice-chairman Erella Grassiani was also re-elected. Van der Pol: ‘She is very good to work with, we make a very good team.’ The other two members of the COR Executive Board will be elected later. Van der Pol’s election was uneventful: he was the only candidate and was elected unanimously.

‘I think that we have already taken a significant step forward, especially in the area of social safety’

The enthusiasm among university staff for serving on the COR has been waning for years because it can take up a lot of time and potential candidates cannot always be missed in their regular work. This year too, many candidates were automatically appointed to councils of their faculty because there were too few candidates to hold real elections. Van der Pol: ‘I find employee participation very important and fun. Because I work at the large Media Studies department, they can free up someone for the employee participation.’

‘UvA-dossiers that have been of utmost importance in recent years are social safety and the Covid-pandemic and its impact on UvA life. These issues will continue to play an important role in UvA-politics, but I think that we have already taken a significant step forward, especially in the area of social safety,’ says Van der Pol. ‘The COR has agreed with the regulations that will hopefully make the UvA a socially safer place. We were able to exert a lot of influence on these regulations and the UvA is now energetically following up on it with awareness-raising campaigns, confidential counsellors and the newly appointed Ombuds person.’

Though the activist era of the Maagdenhuis occupation seems to be definitely behind us, but there is no question of silence and tranquility, even in Covid-time. Van der Pol: ‘We haven’t become a calm club, but the difference with the days of the Maagdenhuis occupation, is that if we – as COR – want to work towards something, we want to reach an internal consensus first, and then bring our opinion to the outside world and achieve results. We have tough but respectful discussions with the Executive Board. I recently heard from the President of the Board that we are writing more unsolicited recommendations than ever before.’ The first dossier on the table is the new health and safety contract (Arbo), on which a decision must be taken in October and to which the COR also has to give its consent.

‘Now that this Dutch Grand Prix happened, one wonders whethers live exams should not also be allowed’

Jhinkoe-Rai sets to work full of ambition. ‘I think it’s very important that the perspective of young people is taken into account in the policy of the board, and that’s what I’m going to fight for. The university is more than a collection of people, books and lectures. It is about community-building. I am also very curious about how the Covid-situation will develop and how we will proceed with education. The CSR is going to take a position on this soon.’

Of course, there is also the issue of online examinations with proctoring, to which many students are opposed. ‘Proctoring was allowed by the Court of Appeal before the summer, but at that time we hadn’t seen yet the seventy thousand people that gathered last weekend in Zandvoort to watch the Formula 1. Now that this happened, one wonders whether live exams should not also be allowed. Our Education & Research Committee has already started working on it. I think that the immediate future is a little brighter than it was under the previous CSR, so we are in good spirits.’