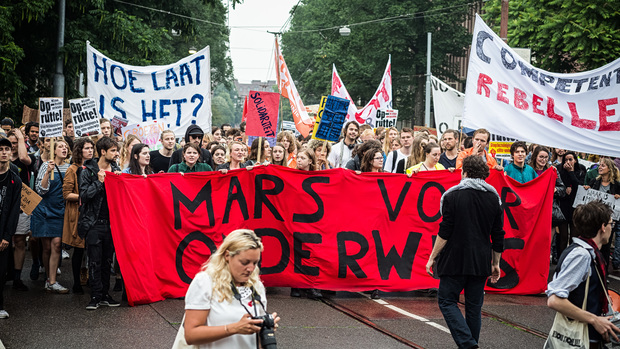 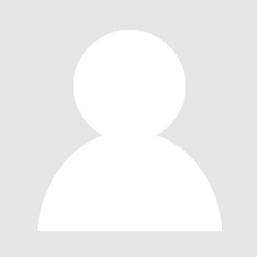 On Friday police cleared the camp set up by activist students in protest against cutbacks at the UvA on the Roeterseilandcampus. UvA President Geert ten Dam is ‘not happy with the eviction’. 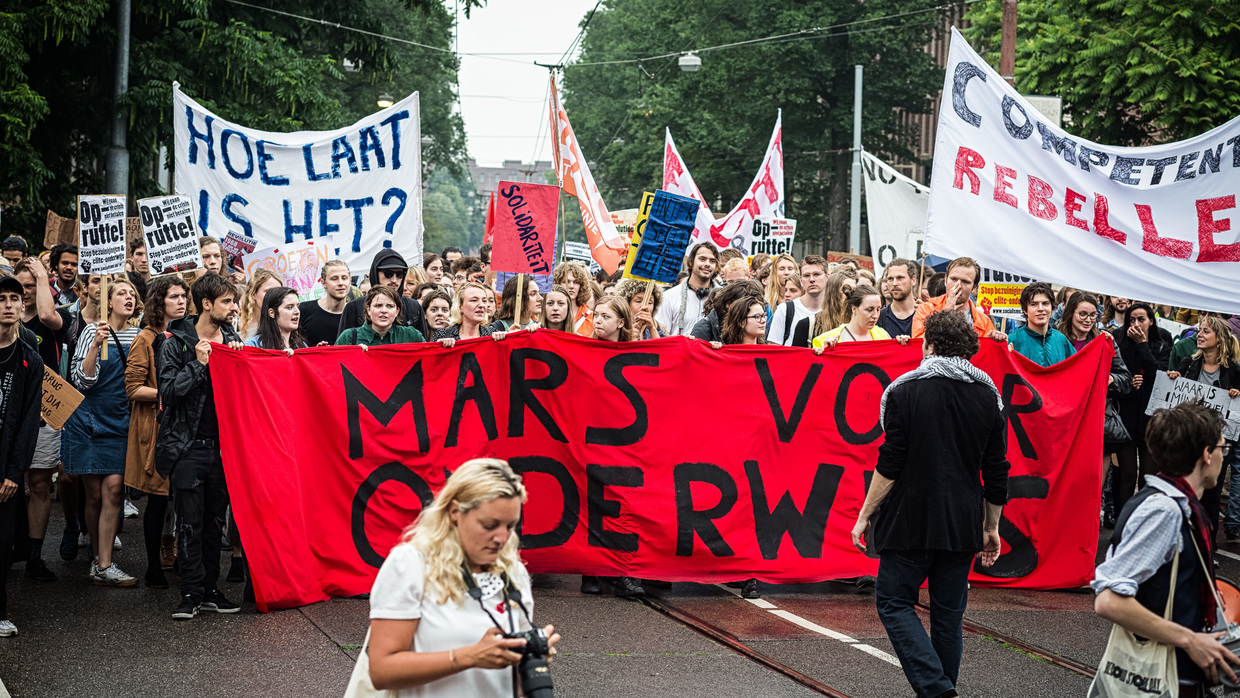 The demonstrators set up tents as a peaceful continuation of the protest march between the Oudemanhuispoort and Roeterseilandcampus in which roughly five hundred people participated. A friendly atmosphere prevailed throughout, with music, speeches and open dicussion.

While they marched, the UvA, the university’s security department and the police were busy discussing whether to break up the camp. Around half past nine, Han van Dissel, dean of the economics faculty, told the protesters that they had to leave. Some decided to stay and sat on the floor. At 22:00, about 25 police agents forcibly evacuated them one by one. The police then went on to clear the rest of the campus including including Crea.

Tijmen de Vos, chairman of the ASVA student union, was one of the demonstrators. ‘I thought something would happen, but not something like this. After exchanging letters with the board, I thought we were fighting the same fight. But now I’m not sure. Their actions on Friday were cowardly. The police used far too much force.' 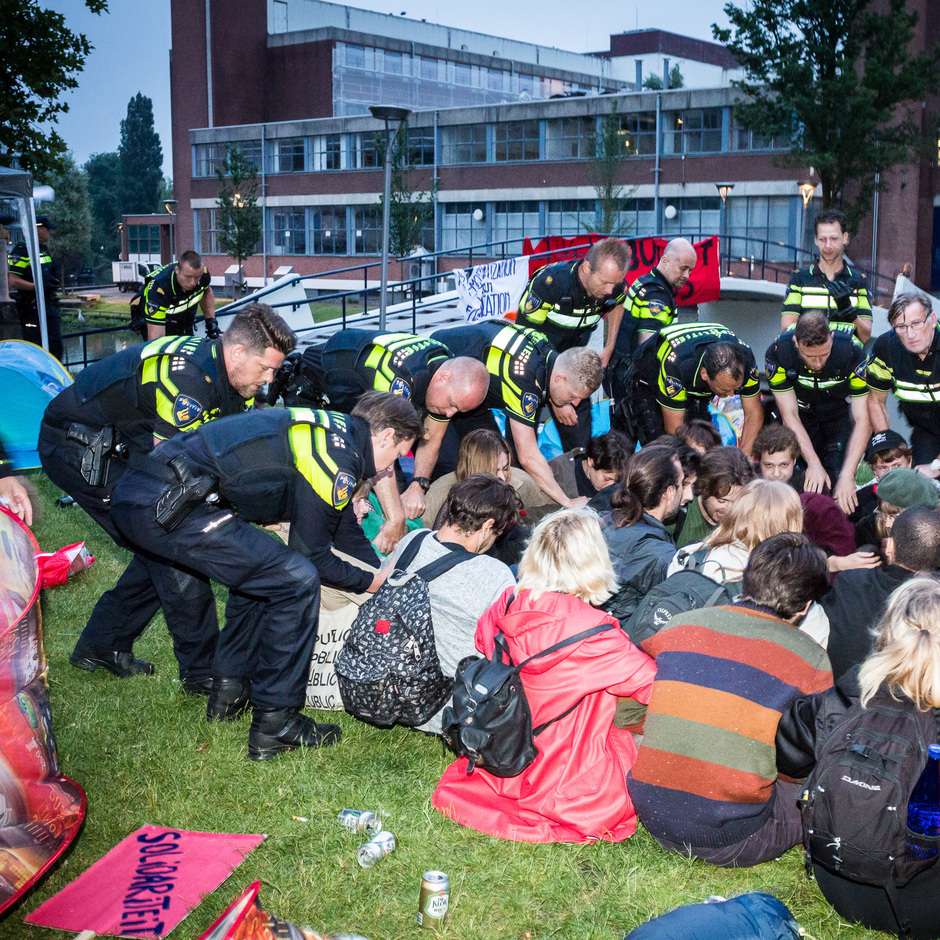 ‘This is a big problem’

Students joined in protest on the lawn at the Roeterseilandcampus again on Saturday during University Day, an event held for UvA alumni and people from Amsterdam. They requested to speak with the president of the board of the university, Geert ten Dam, about the events that transpired the previous evening.

Ten Dam stated she was ‘not happy with the eviction' but that she ‘could not allow students to spend the night on the lawn’. ‘I have no desire whatsoever to silence you’, she said. In an official statement she wrote that she regretted what had happened because she considered the students and the UvA as united with the same goal: stopping the budget cuts passed down from The Hague. She saw no reason to apologise, but adressed minister Ingrid van Engelshoven (Education, Culture & Science): ‘How stupid can you be? She has no idea about the pressure our teachers are working under. The minister must recognise that that is a big problem.’

The students, of which a large part consists of sympathisers of the action group and former student party Humanitites Rally, are collecting the protestors’ experiences with the police in order to file a complaint against police violence.

The Humanities Rally party has since sent and open letter to the UvA board asking which side it is on. ‘The action taken by the police has left us confused’, it states. ‘How should we deal with a party that agrees with us in principle but which trys to stop our peaceful protest with senseless violence?’ The UvA has said it does not want to respond publicly and has instead invited the party to talk.